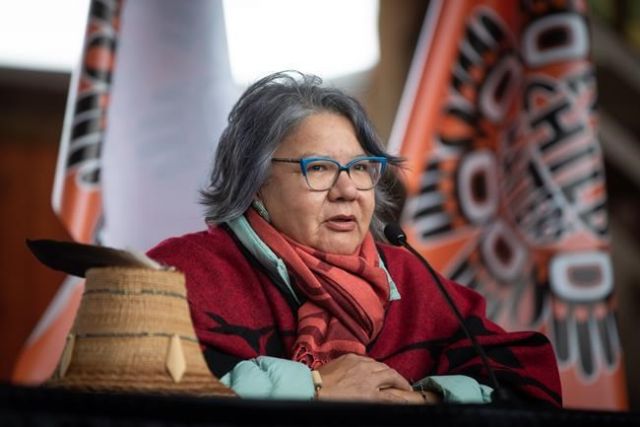 Photo: The Canadian Press
Assembly of First Nations National Chief RoseAnne Archibald speaks during a news conference in Kamloops, B.C., Thursday, Sept. 30, 2021. The annual gathering of the Assembly of First Nations is being held this week in Vancouver amid a cloud of criticism from its national chief who has been suspended and denied entry to the meeting.THE CANADIAN PRESS/Darryl Dyck

An emergency resolution before the Assembly of First Nations annual meeting to reaffirm the suspension of National Chief RoseAnne Archibald has failed in Vancouver.

The resolution says Archibald disclosed confidential information about the complaints against her by the organization's staff, compromising the integrity of the assembly’s complaint process.

The vote needed the support of 60 per cent of eligible delegates for approval, but the resolution was defeated, with the tally to come later.

Tk’emlups te Secwepemc Chief Rosanne Casimir moved the motion saying there are rules for leaders and the situation has become a national embarrassment.

The assembly issued a statement saying that Archibald's actions are overshadowing the real work that's needed on behalf of First Nations people and that what she is doing is damaging and unlawful.