How are oil and gas companies spending their windfall?

Oil companies raking it in 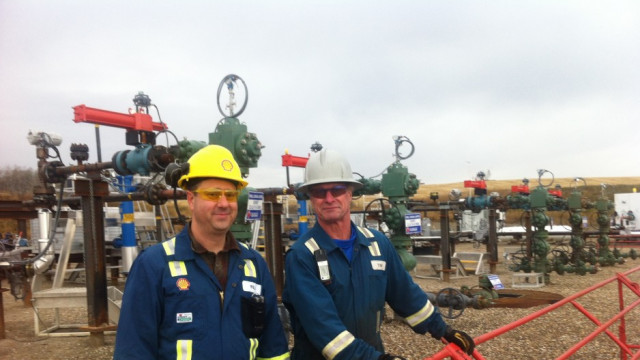 North American oil and gas producers are awash in cash, thanks to a global energy crisis that pushed oil prices above US$100 per barrel earlier this year, contributing to high inflation.

But they haven’t been reinvesting that windfall in new production on the levels one would typically expect in such a high oil price environment, despite U.S. President Joe Biden pleading with oil producers, including in Saudi Arabia, to pump more oil.

Evaluate Energy recently analyzed how 82 North American oil and gas producers have been spending their windfalls. It confirms new capital spending has taken a back seat to debt repayment, dividend payouts and share buybacks.

Even so, the Canadian Association of Petroleum Producers (CAPP) is forecasting that capital spending by Canadian oil and gas companies could grow by $6 billion this year to $33 billion, compared to $27 billion in 2021, though the spending in B.C. could be muted by regulatory uncertainty. It forecasts 80% of the spending in 2022 -- $24.5 billion -- will be in Alberta.

In its analysis of 82 American and Canadian oil and gas companies, Evaluate Energy estimates they posted a record US$29.8 billion in free cash flow in the first quarter of 2021 – a 34% increase over Q4 2021.

Despite that windfall, they haven’t been reinvesting in new production the way they have in the past.

“Only around 40% of estimated cash flow is currently being set aside for capital expenditures compared with an average above 100% in the years before the pandemic,” the Bank of Canada noted in a recent Business Outlook.

Canadian and American oil and gas producers have been modestly increasing their capital spending, but have been largely focused on paying down debt and rewarding shareholders with dividends and share buybacks.

The 82 companies in the analysis spent US$10 billion of their surplus cash on paying down debt, which accounted for 25% of cash use in Q1 2021. They spent about 27% on dividend payments and share buybacks, and spent US$7.4 billion on capital investments. Only 50 of the 82 companies increased capex spending in Q1 2022 compared to Q4 2021.

The Evaluate Energy report found that 18 Canadian natural gas producers analyzed were the only subsector to have a “post-pandemic spend” that is higher than the spending between 2018 and 2020.

“Canadian gas producers are the first group in this study to record a post-pandemic capital spend that is higher than anything seen between 2018 and 2020,” the Evaluate Energy report notes.

In B.C., capital spending by natural gas companies in 2021 was $3.4 billion, according to CAPP, which was $600 million short of what had been expected. CAPP cites uncertainty over new oil and gas royalties and land use decisions arising from the Blueberry River First Nations’ successful treaty infringement case for capital spending restraint.

CAPP is now forecasting oil and gas companies will spend $4.1 billion in B.C. in 2022, with much of the spending coming later in the year. Canadian oil and gas producers in Canada are timing their investments in production to coincide with investments in pipeline and export capacity, notably the Trans Mountain pipeline expansion.

“What we are seeing in the market today is a measured approach to investment and growth as producers are looking to maintain cost discipline and match growing production with transportation capacity,” said CAPP spokesperson Elisabeth Besson.

The Trans Mountain pipeline expansion project is now expected to be a money-loser for the Trudeau government, which owns the project, according to the Parliamentary Budget Officer. The PBO estimates the $21.4 billion project will result in a net loss of $600 million for the Canadian government. But it may still be a boon for Alberta oil producers, as it will provide up to 590,000 barrels per day of additional export capacity and access to markets beyond the U.S.

“After nearly a decade of depressed commodity prices, producers in Canada have started increasing their investments, which are expected to grow by at least $6 billion this year,” Besson said. “As a result, we are reaching record high oil production in Canada as well as record high exports thanks to increased transportation capacity from the completion of the Line 3 expansion at the end of 2021.”