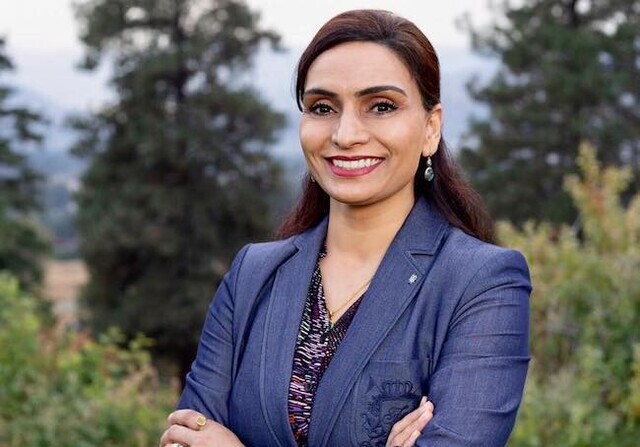 Harwinder Sandhu says there are several potential leaders for the provincial NDP, but won't go so far – yet – as throwing her support behind any particular MLA who may seek the nod.

The first-term Vernon-Monashee MLA says nobody has stepped up to declare their candidacy so far, “but I'm sure we will have a number of qualified candidates who will be ready to build on what we have accomplished.”

Last month, NDP leader John Horgan announced his retirement, opening the door for a party member to move up in the ranks.

Sandhu said there is some speculation as to who will run, but “I won't comment on those speculations.”

However, once the leadership candidates have been declared, Sandhu said she “really wants to know where they stand and who will also, not only focus on the province and carrying on the legacy that Premier (John) Horgan has started, also I want to see who offers what for the Interior of BC and for Vernon-Monashee in particular.

“There are a number of factors I will be considering when looking for the one candidate.”

Sandu said she has no concerns the leadership race might cause divisions among the party.

“Everyone is really close and connected and follows the team's values and beliefs...and there are no differences of opinion. I know the leadership debates will be very constructive.”

The timing of the leadership race is also not a concern as the NDP have two years left before the next provincial election.

“Our goal is to have the leadership race by the fall, so whoever our new leader will be they'll have enough time to make themselves known and what their goals for British Columbians are,” she said.