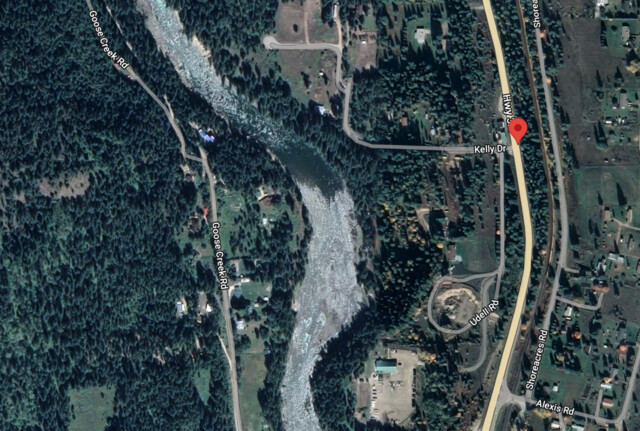 Photo: Google Maps
The kayaker was trapped under a log on the Slocan River near Shoreacres, B.C. on June 30. 2022

A Rossland man has died after a kayaking accident on the Slocan River.

On Thursday, June 30, at 6:10 p.m., Nelson RCMP were called to a report of a kayaker who had become trapped under a log in the Slocan River near Shoreacres Goosecreek Road, south of Playmor Junction between Nelson and Castlegar.

The 62-year old man had been freed by fellow boaters and bystanders, who began performing CPR. They were relieved by a physician from the Kootenay Emergency Response Physicians Association as well as the BC Ambulance Service.

The man was taken to hospital, but succumbed to his injuries the following day.

The RCMP has handed over the investigation to the BC Coroners Service.