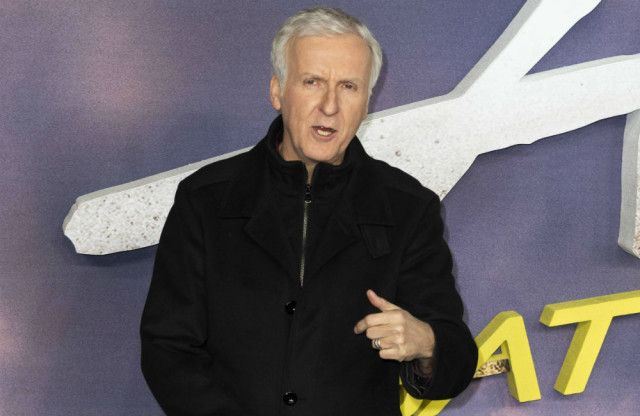 James Cameron is unsure that 'Avatar: The Way of Water' will succeed at the box office.

The 67-year-old filmmaker has helmed the long-awaited sequel to the 2009 sci-fi epic – the highest-grossing film of all time – but says there are no guarantees it will be a hit at cinemas.

James told Empire magazine: "If we did 20 per cent or 30 per cent less because the market simply doesn't exist anymore, that would be bad.

"The trolls will have it that nobody gives a s*** and they can't remember the characters' names or one damn thing that happened in the movie... Then they see the movie again and go, 'Oh okay, excuse me, let me just shut the f*** up right now.' So I'm not worried about that."

The 'Titanic' director revealed that the new movie will have a long runtime but says he doesn't want audiences to "whine" about it when they spend hours binge-watching television.

James said: "I don't want anybody whining about length when they sit and binge-watch (television) for eight hours... I can almost write this part of the review. 'The agonisingly long three-hour movie...' It's like, give me a f****** break. I've watched my kids sit and do five one-hour episodes in a row."

The director also suggested that fans should answer nature's call even if it means missing some of the epic movie.

Cameron said: "Here's the big social paradigm shift that has to happen: it's okay to get up and go pee."

The filmmaker explained that he had questioned whether making an 'Avatar' sequel was the right thing to do.

He said: "I had to think long and hard whether I even wanted to make another 'Avatar' film, because it was kind of ours to lose.

"When you’ve done something that’s been that transcendent in terms of success, do you really want to go try and do that again? There’s a lot of pressure on it. I thought about it for a good two years before we finally made a deal."