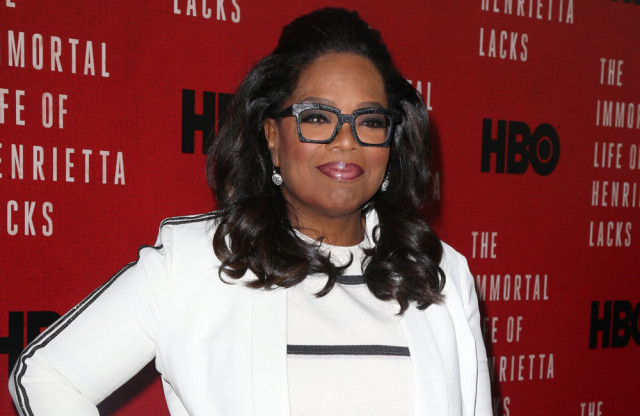 Oprah Winfrey threw a surprise BBQ party for her sick father on Monday (04.07.22).

The TV titan decided to show her appreciation for her dad Vernon Winfrey as he battles ill health so she gathered her closest friends and family around for a lavish Fourth of July backyard party in his honour complete with a banner emblazoned with the words 'Vernon Winfrey Appreciation Day'.

"Because my father is ill and so we wanted to be able to have all of his friends come and celebrate him while he is able to receive the joy, so that’s what we're doing receiving the joy."

The telly star explained she was able to keep the party a secret from Vernon by telling him it was just a party to mark America's Fourth of July holiday.

She added: "He doesn't even know this is for him. He thinks it’s a Fourth of July thing he doesn’t even know it’s for him."

Guests were treated to food including fried chicken, burgers and brisket, while Oprah also arranged to have a barber's chair installed for Vernon to celebrate his profession.

Oprah shared the video along with a sweet note telling her followers to appreciate the people they love.

She wrote: "Giving my father his 'flowers' while he’s still well enough to smell them. Happy 4th of July as you gather with your family and friends. Remember to celebrate each other."