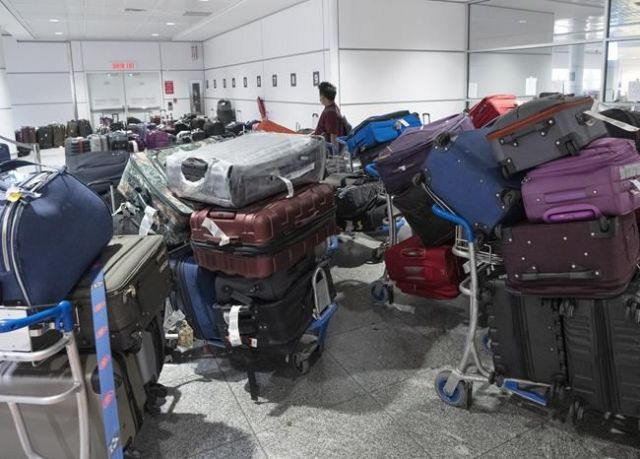 Photo: The Canadian Press
A passenger looks for his luggage among a pile of unclaimed baggage at Pierre Elliott Trudeau airport in Montreal on June 29, 2022. THE CANADIAN PRESS/Ryan Remiorz

Passengers preparing to run the gauntlet of Canadian air travel face a key obstacle on top of flight delays and cancellations: late luggage.

In recent weeks, airlines have furnished the country's biggest airport terminals with row upon row of tardy bags, causing headaches for customers.

For passengers flying with Air Canada on Monday, the odds were their flight was delayed, with 63 per cent of all Air Canada trips landing late — the most of any large airline across the globe — according to tracking service FlightAware.

Delays make luggage is a sticky problem, with a shortage of baggage handlers to shuttle suitcases from late arrivals to connecting planes while also grappling with last-minute gate changes.

Airlines contract out suitcase delivery to courier companies who deliver luggage to passengers, costing carriers more amid a rise in fuel surcharges by shippers.

Gabor Lukacs, president of the Air Passenger Rights advocacy group, says he has seen an "onslaught" of late luggage and that travellers are owed up to $2,300 from carriers for costs incurred due to baggage delays.