Mother of teen stomped at Squamish school calls for changes 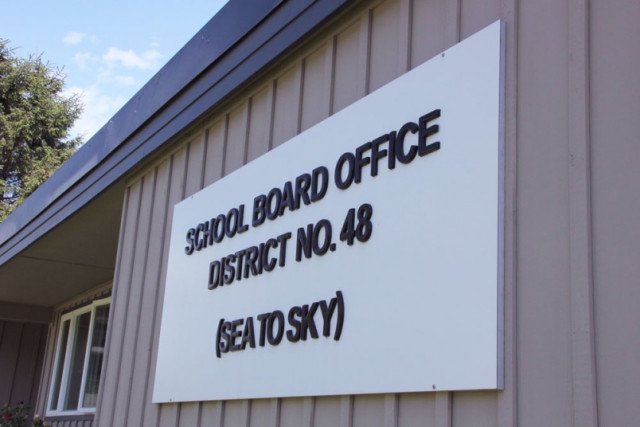 It is 11 seconds caught on video that a Squamish mother could hardly bear to watch.

In it, one student stomps on another’s head in a common area of the school.

A teacher is heard yelling, “Stop.” A student bystander yells, “F--k him up,” to the youth doing the stomping.

Several students watched the altercation, and at least a few recorded it.

RCMP confirm they responded to an incident at a Squamish school last year.

The BC Prosecution Service confirmed on June 29 that an assault charge has been approved against one youth for the incident. No other information was provided.

“He had been bullied since the day [he] walked through the door,” says the mom of the teen who was stomped.

"In one incident, he got kicked so hard in the shins he couldn’t walk.”

These incidents involved students other than the youth who was charged.

The parents of the boy who was stomped are going public after what the mother says was a frustrating school year of the situation being bungled time and time again, leaving her and her child feeling vulnerable and frustrated.

The mother says the system needs to be fixed for all kids in the community so that better checks and balances are in place.

She objects to how the school administration handled the situation.

While the teachers and counsellor were supportive after the stomping incident, the school’s administration was “flippant,” the mom said.

She says that after the altercation, her son was kept at the school for about two hours as administrators tried to get to the bottom of the situation, instead of immediately having him seen by a paramedic.

His mom later took him to the hospital. He had a concussion and an injury to his nose.

“When he texted me and said, ‘I got jumped.’ I’m thinking, okay, he got in a tussle. When I found out what really had happened, it’s like the ambulance should have been called right away. I mean, his head was stomped, repeatedly. That’s not something that you trifle with," the mom said.

She also says though she is the top person on the contact list for her son, it was his father, who was working in Vancouver, who was contacted. She found out from her son’s text.

“The Sea to Sky School District prioritizes the safety and well-being of all students in our care. We encourage parents and caregivers to work with their school principal around any questions or concerns about their child’s well-being at school. Our policies and practices regarding student behaviour, including codes of conduct, are found on our district and school websites,” the district said in an emailed statement.

The mother says that the family isn’t clear on what, if any, actions were taken to change the culture at the school so that situations like this don't happen again.

She doesn't want other kids and their families to go through what hers has, she said.

She said the family feels like they have been treated at times with disdain by the school administration and their son has been spoken to at the school by administrators as if he is the problem.

“Every single step of the way. It kind of feels like, ‘Who’s the victim here?”

Luckily, she said, her son has a lot of good friends who have rallied around him since the incident.

Squamish RCMP told The Squamish Chief that they “continue to work with youth in all of our local schools on issues such violence, bullying, cyberbullying and consent. Our officers work with youth, both in the schools and on the street, to provide guidance, leadership and build rapport. Youth engagement remains a priority for the RCMP,” said Cpl. Ashley MacKay in an emailed statement.