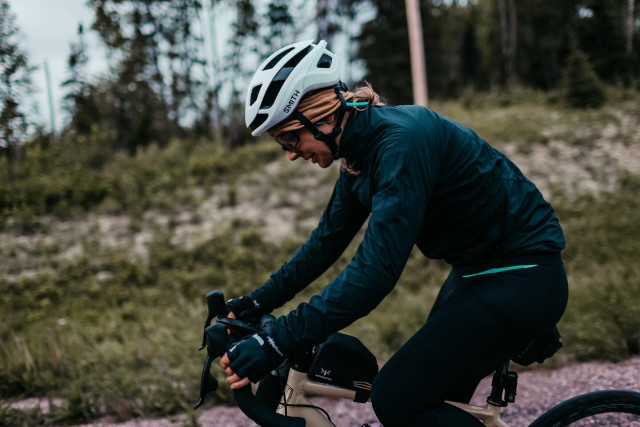 After riding across Canada for almost two weeks straight, a North Vancouver ovarian cancer advocate had her Guinness World Record attempt cut short as an accident in Quebec left her with a concussion and ankle injury.

Bianca Hayes had been cycling almost 20 hours a day during her world record try, leaving Vancouver City Hall on June 13. Taking a short break every four hours and only sleeping two to three hours a night, Hayes rode thousands of kilometres eastward before the unfortunate turn of events lead to the mission being called off.

Hayes, no stranger to long rides, has been raising money and awareness about ovarian cancer since losing her sister to the disease in 2018. Taking part in the annual Ride to Conquer Cancer just a few months after Katrina’s death, Hayes rode to San Francisco in nine days the following year.

Trying to bring international attention to the disease, Hayes set out on her first Trans-Canada ride, becoming the fastest woman to bike across Canada in 2020. This year, Hayes was trying to raise $1 million for ovarian cancer and set the Guinness World Record for fastest Trans-Canada ride.

Posting to Instagram on Day 13 of her ride, Hayes told followers that she was involved in an accident with a motorcycle near Quebec City, Que., and ended up in hospital following her injuries.

“There was always a great risk involved with a challenge of this magnitude. While it’s devastating that the world record won’t be set, we’re not going to stop chasing the greater goal: to raise awareness for ovarian cancer,” she wrote on Instagram.

As of publication, Hayes and her team have raised more than $120,000 for ovarian cancer research at the BC Cancer Foundation and Ovarian Cancer Canada.

“Today, thousands of Canadian women are living with ovarian cancer and another 3,100 will be diagnosed this year,” Hayes writes.

“I am riding so that the women who hear this story know the following: our pap tests do not test for ovarian cancer; we do not currently have a screening test; and that every [person] with ovaries is at risk. I will stop at nothing to see this through.”