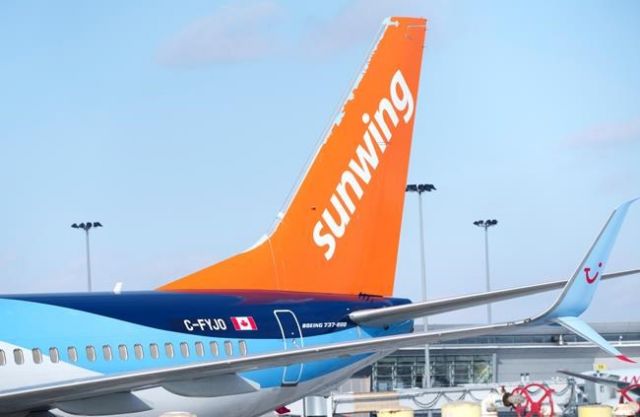 Photo: The Canadian Press
A Sunwing aircraft is parked at Montreal Trudeau airport in Montreal on March 2, 2022.THE CANADIAN PRESS/Paul Chiasson

Sunwing pilots filed a complaint with the Canada Industrial Relations Board, arguing Monday the airline bargained in bad faith as it already knew it would be acquired by WestJet.

The 452 pilots, represented by Unifor, say the union reached a tentative agreement with management on Jan. 23, 2021, less than two weeks before media reported Sunwing had received an offer from an unnamed company and that Sunwing and WestJet had discussed purchase possibilities in the past.

Unifor spokesman Scott Doherty says the WestJet deal happened "despite management reassurances the company was not a candidate for a sale or merger," calling it a "huge slap in the face."

Barret Armann, who heads the union local representing the pilots, says they made concessions with the understanding the pandemic had imposed financial pressures on the airline, and that if the sale negotiations had been "transparent" Unifor could have pushed for job security language in case of an acquisition.

Sunwing did not respond immediately to a request for comment.

The federal government will conduct a public interest assessment of WestJet's deal to buy Sunwing Airlines and Sunwing Vacations.

Transport Canada has been given until Dec. 5 to complete the review and provide it to the transport minister, who would then provide a recommendation to cabinet concerning the deal, which requires regulatory approval.