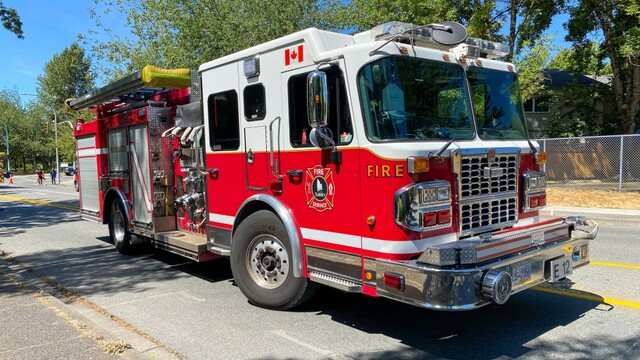 Someone stole a fire truck Monday in Surrey and drove it all the way to Abbotsford.

Surrey firefighters say the truck was stopped as they responded to a call in the north of the city when someone hopped in and drove away, reports CTV News.

The incident happened at noon and the man who took the truck crashed into other vehicles on his way out of the city.

The truck was eventually found on Highway 1 near Clearbrook Road. Police managed to stop the truck and arrest the suspect, Surrey’s fire chief told CTV.