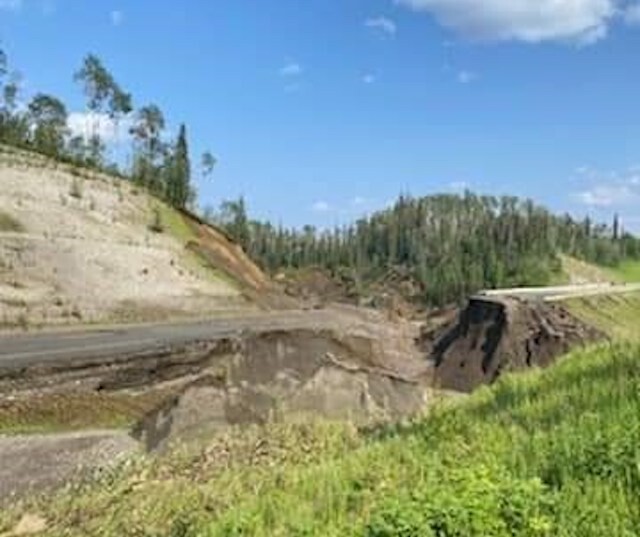 Drive BC reports it is now single lane use for the Alaska Highway some 400 km north of Fort Nelson.

A washout earlier in the week stopped traffic on Hwy 97 north of Coal River. Drive BC notes a pilot vehicle will now be used to guide drivers.

A section of Highway 97, the Alaska-Canada Highway, just south of the Yukon border remains closed and there's no indication when it might be re-opened.

A landslide Friday near the Kilometre 898 marker, north of Coal River, created a large crevass that has made the road impassable.

Barricades have now been set up south of the washout while an assessment takes place on the stability of the hillside.

Traffic from the north, meantime, is being stopped in Watson Lake.

“The Yukon government has closed the road from Watson Lake to the Yukon/BC border,” confirmed Krysten Johnson, with the territory's department of highways & public works in an email to the Alaska Highway News this weekend.

“Highway 37 via Upper Liard remains open as an alternate route.”

With no timeline on just when or if traffic might be able to get through, many will have no option but to go the long way around to get home, including some who might have only planned for a long weekend getaway.