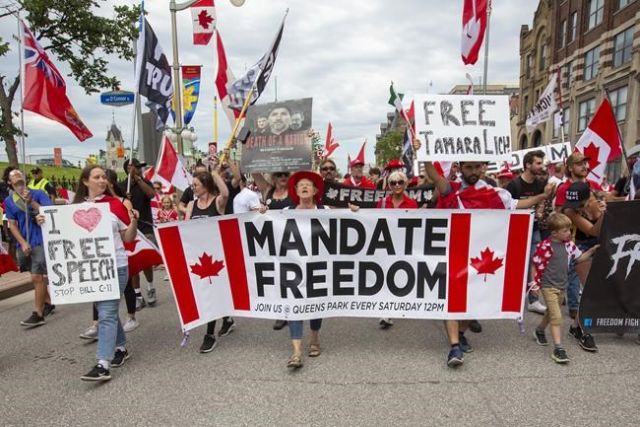 The protests staged in Ottawa over the weekend that caused only minimal disruptions were a far cry from the "Freedom Convoy" demonstrations that occupied downtown streets for three weeks earlier this year.

While the initial protests saw vehicles blockading streets, the installation of a speaker's platform and a hot tub on Wellington Street in front of Parliament Hill, last weekend’s protests saw measures like security screenings to visit the Hill and making the area off-limits to vehicles.

Howard Ramos, chair of the department of sociology at Western University, says the context of this weekend's protest was different, whereas during the winter there was a "perfect storm of amplification," including Conservative MPs, people on social media and mainstream media coverage.

Ramos says the Ottawa Police Service and parliamentary security have learned from the winter demonstrations, as evidenced by the fact that vehicles were not able to get as close to Parliament as they did in the past.

He says it's also important to note that many of the mandates from the winter have since been relaxed or removed, making it harder to get the "broad range of coalition" that happened in the winter.

The City of Ottawa and Ottawa police were not immediately available for comment.