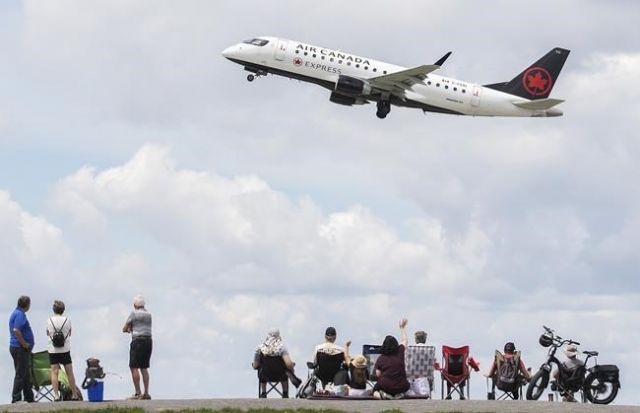 Canadian airlines and airports claimed top spots in flight delays over the July long weekend, notching more than nearly any other around the world.

Air Canada ranked No. 1 in delays on Saturday and Sunday that affected 700-plus trips in total, or about two-thirds of its flights, according to tracking service FlightAware.

WestJet and budget subsidiary Swoop placed third and fourth for delays on Saturday.

Toronto's Pearson airport claimed the No. 2 spot Sunday below China's Guangzhou airport while Montreal placed sixth, with both seeing a higher portion of late takeoffs than London and Amsterdam's main airports.

Air Canada said last week it will cut more than 15 per cent of its summer schedule, nearly 10,000 flights in July and August, as the country's aviation network sags under an overwhelming travel resurgence.