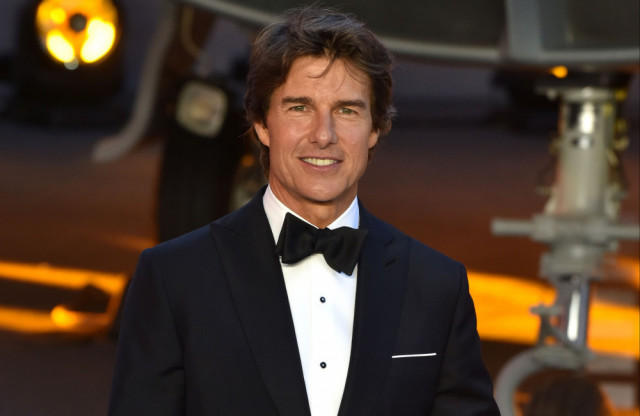 Tom Cruise celebrated his 60th birthday with an outing to watch the Formula 1 Grand Prix.

The Hollywood superstar marked the milestone on Sunday, and he spent his big day at the Silverstone Circuit watching the big race - and was thrilled to see his pal Lewis Hamilton take third place on the podium.

Speaking to Sky Sports ahead of the race, Tom revealed he was there to cheer on his pal. When asked who he would be supporting, the actor replied: "Lewis always. I love to watch him racing and he's a great friend of mine. I hope he has a great day."

The trip marked the end of a huge birthday weekend for Tom which kicked off with an outing to see Adele perform in London's Hyde Park on on Friday.

He partied with pals in the VIP section and was presented with a birthday cake backstage. Staff are believed to have sung 'Happy Birthday' to him as he blew out the candles on a Victoria sponge.

Reports suggest Tom was also planning a trip to the swanky Soho Farmhouse in Oxfordshire for a relaxing break in the countryside as part of his birthday celebrations.

It's been a huge year for Tom so far as his latest blockbuster, 'Top Gun: Maverick' has stormed cinemas to become the actor's most successful film to date.

According to Variety, the 'Top Gun' sequel has passed the $1 billion mark at the global box office - the first of Tom's movie's to break the billion-dollar barrier.