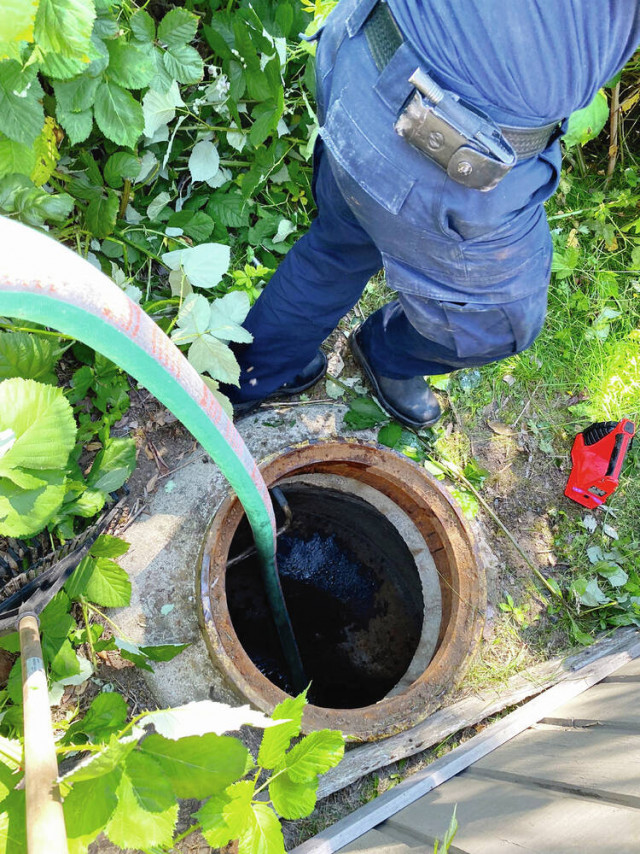 Photo: .
Dobby the dog was rescued from a drainage system by the Nanaimo Fire Deparment with the help of a hose and blankets wrapped around it. NANAIMO FIRE RESCUE

Nanaimo firefighters rescued a dog from a drainage pipe using a hose and some blankets.

Crew were called on Friday to help Dobby, a 12-year-old dog, who had somehow entered a drainage system. The dog was in distress and was also in danger of drowning if water had entered the drainage system.

“We immediately sent one rescue and one engine company to the scene,” Dales told CHEK News. “The company officer was able to make the decision that this was a rescue that we could do and help, and we executed the rescue really quickly.”

But it wasn’t a situation they’d trained for, so the crews had to get creative.

“What they actually did is they inserted the hose without water, they taped a bunch of blankets to the end of the nozzle and then they pushed the fire hose in, they were actually able to push it past the dog,” Dales said.

“And then when they inflated it, it actually kind of gave the dog something to kind of hang on to. … And then what they did is they retracted the hose back to a place where the dog was closer and then one of the firefighters was able to reach into the manhole and grab the dog.”

The rescue took about 30 minutes.

“This was something that was done on the fly. ... And it was just dog lovers who happen to be on the fire engine being very, very creative. And it worked out perfectly.”

Nanaimo public works staff assisted, providing information about the drainage system that helped firefighters to come up with their rescue plan.