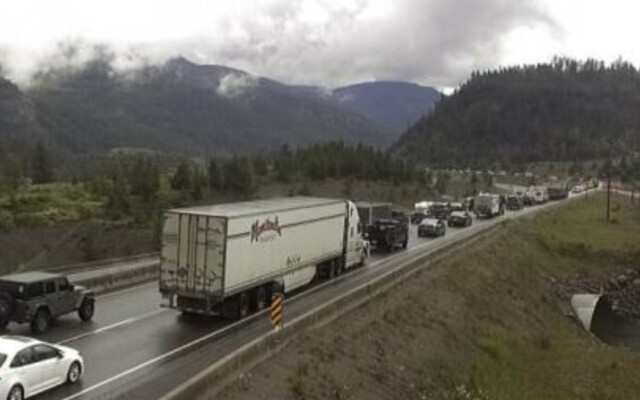 It’s another slow go for people returning to the Lower Mainland from the Southern Interior.

DriveBC is warning drivers they could face over two hour delays due to traffic congestion if they are heading south on the Coquihalla Highway on Sunday afternoon.

DriveBC issued a travel advisory for Highway 5 from Merritt to Hope due to high traffic volume.

According to DriveBC, a vehicle incident was also reported at about 1:30 p.m. Sunday near the Zopkios brake check, in the southbound lanes. Comments on the Coquihalla Road Reports (And Area) Facebook page indicate the collision has been cleared, but the long backups remain.

Several people posted pictures of lines of vehicles snaking along the highway.

BC Transportation issued an alert earlier on Sunday saying that the combination of summer traffic volumes and work to repair highways damaged in last November’s floods would make delays inevitable especially on the Coquihalla and Highway 1.

BC Transportation advised people to give themselves extra time, respect traffic control, drive to the conditions and heed enforcement.

There were also lengthy delays at the end of the Victoria Day long weekend for people travelling southbound on the Coquihalla.