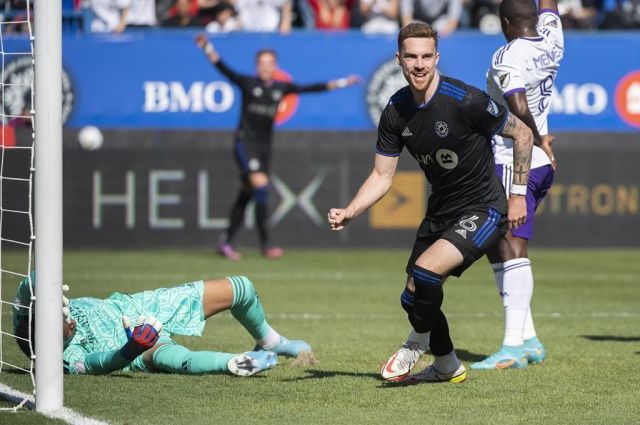 Montreal has never fancied itself as much of a specialist on the road.

Last season, the club only managed to win 15 of a possible 42 points away from home, significantly hurting their Major League Soccer playoff fight -- a bid they ultimately lost.

However, the club has seemingly turned that around, becoming one of the best away teams in MLS and winning invaluable points in the process.

"I don’t know if you can pinpoint one specific thing, I think we just acknowledged that road points are huge in this league," defender Joel Waterman said about the club's improvement away from Stade Saputo. "We want to make sure that whenever we get on the road, we put ourselves in a position to collect those points."

Montreal tied a club record with its fourth road win of the season on Wednesday in Seattle, and now sits atop the Eastern Conference midway through the season. Only LAFC, with 36 points and 11 wins, boasts a higher ranking in the Supporters' Shield race. Montreal leads the conference with 32 goals scored so far this season.

Since 2012, Montreal has a 1-4-3 overall record against the California club. In four meetings at Dignity Health Sports Park, the visitors have never managed a win, losing three times. Montreal's only road point at the venue came was a 0-0 draw in 2015.

Despite small blips on their radar, they have shown the resilience and mental fortitude that was sorely missed last year, going at most two games without a win after a difficult 0-3-1 beginning to their MLS campaign.

Montreal will now cap off their short trip out west against a struggling Los Angeles Galaxy on Monday at Dignity Health Sports Park.

The rest of the season will be an effort for the club to not only maintain a playoff spot, but continue pushing towards the top seed in the East.

"We're playing a very strong team in their own backyard and that is never a sure thing, regardless of their record," said head coach Wilfried Nancy. "Every game is a new challenge and there are no easy games. Anything is possible in MLS and we’re going to have to be ready for difficult ends of games for the rest of the season."

There are still issues surrounding the health of some of Montreal's top players. Canadian and American internationals Kamal Miller and Djordje Mihailovic have yet to play since picking up injuries over the international break. Miller is expected to be available from the bench after having travelled with the team, while Mihailovic's recovery in still being referred to in terms of "weeks," rather than days.

The Galaxy, who are sixth in the Western Conference, look to bounce back from a 3-2 loss to Minnesota United FC on Wednesday.

This report by The Canadian Press was first published July 3, 2022.