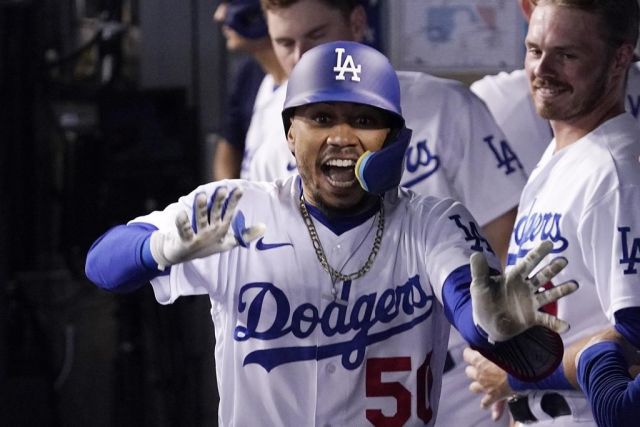 LOS ANGELES (AP) — Mookie Betts is back in his familiar leadoff and right field spot for the Los Angeles Dodgers, activated off the injured list before Sunday's game against the San Diego Padres.

Betts was injured during the first inning against the Los Angeles Angels on June 15 when he collided with Cody Bellinger in the outfield on a fly ball. Betts played the rest of that game but was scratched from the lineup the next two games. An MRI revealed the cracked rib.

It was his third stint on the IL the past two seasons.

Betts said on Saturday that he feels much better compared to two weeks ago.

The original plan was for Betts to play second base for a couple games, but that changed after Chris Taylor bruised his left foot during Saturday's game.