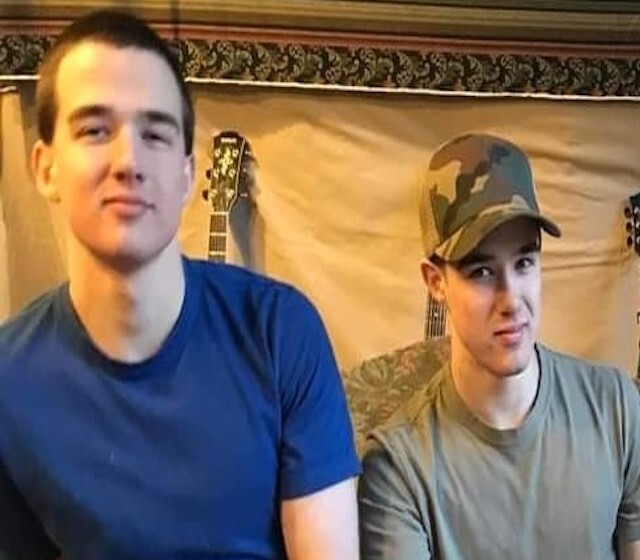 Twin brothers in their early 20s were responsible for the shooting that injured numerous police officers at a bank in Saanich earlier this week, RCMP alleged Saturday.

Six officers were shot and the brothers were killed in the shootout with police on Tuesday outside the Bank of Montreal branch.

Bérubé said officers have spoken with the twins' relatives, who are co-operating with the investigation.

Investigators are looking into the suspects' backgrounds, and he said neither man had a criminal record or was known to police.

"We understand that the release of the names of the two deceased may answer the who, but there are still many outstanding questions and investigation efforts that need to take place in order to fully understand what took place and why," Bérubé told a news conference.

"The motive behind the armed robbery and subsequent exchange of gunfire with police has not yet been determined."

Police have also confirmed that the twins are associated with a white four-door 1992 Toyota Camry that has two black racing stripes over the hood and roof, Bérubé said.

The car was found with multiple explosives, which were removed and destroyed last week

Bérubé said the investigation has so far determined that there were only two suspects in the bank.

"However, we are continuing to look into whether anyone else was involved or associated to the events on Tuesday."

An update on the condition of the injured officers wasn't given.

Earlier, Saanich Chief Const. Dean Duthie had said three of the officers remain in hospital, including one who is in intensive care while another will require more surgeries.