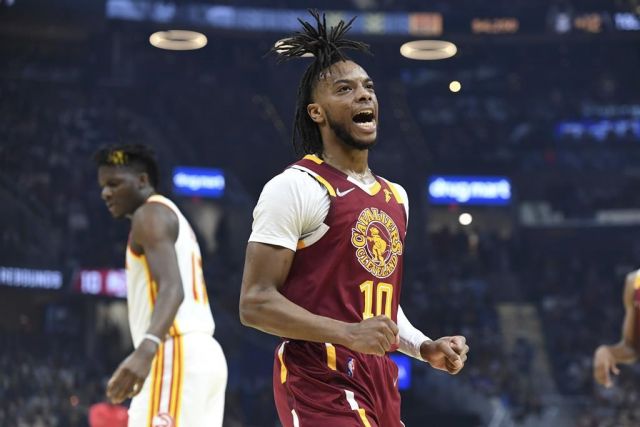 Garland's deal is the largest in franchise history.

The fifth overall pick in 2019, Garland has quickly developed into one of the NBA's top point guards. Last season, he averaged 21.7 points and 8.6 assists in 68 games while helping the Cavs win 22 more games than the previous season.

The 22-year-old Garland has improved statistically each season, but beyond that, he has grown as a leader for a rising Cleveland team that just missed the playoffs last season.

Garland agreed to the same deal that another elite young guard, Ja Morant of the Memphis Grizzlies, struck earlier in the week as the majority of the league’s offseason business began getting underway.

If he makes an All-NBA team this coming season — meaning he would have to be selected as one of the top six guards in the league, unless the league changes its voting structure before then — the numbers get even bigger, going from “max” to “supermax.”