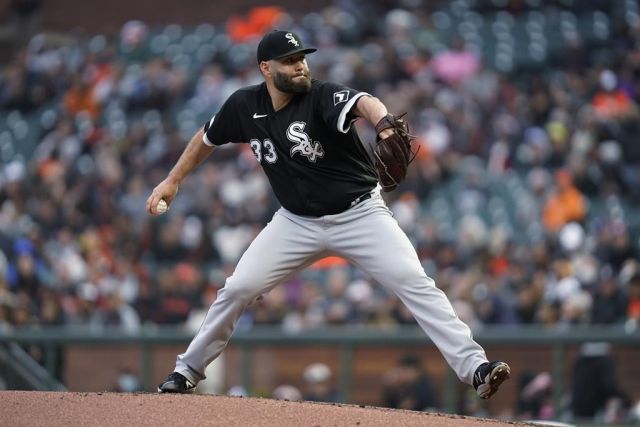 SAN FRANCISCO (AP) — Leury García broke up a scoreless game on an RBI single with two outs in the top of the ninth, and the Chicago White Sox beat the San Francisco Giants 1-0 on Friday night.

Gavin Sheets started the rally when he reached on a one-out fielding error by pitcher Camilo Doval (2-4). AJ Pollock singled with two outs before García's deciding line drive to right.

Andrew Vaughn hit a two-out double for the White Sox in the eighth against Dominic Leone, who then induced Luis Robert’s inning-ending groundout.

Tanner Banks (1-0) pitched the eighth for the win as Chicago faced San Francisco for the first time since 2017. Kendall Graveman finished for his fourth save as the White Sox won for just their third time in nine games.

Alex Cobb and Lance Lynn each allowed three hits as they waited for the big hit to come on a night when first-pitch temperature was a cool 56 degrees and seagulls flew over McCovey Cove in the late innings as mist swirled just above the outfield.

Giants center fielder Mike Yastrezemski continued his stretch of stellar defense when he made a leaping catch on the wall in left-center to rob Yoán Moncada of a likely extra-base hit leading off the fifth.

Right-hander Johnny Cueto returned to San Francisco with the White Sox after spending six seasons with the Giants.

Cueto smiled, tipped his cap and waved when shown on the big screen.

“He's very smart. As a pitcher, he knows how to get through a lineup, he's a worker,” La Russa said. “Personality, guys like to be around him and he likes to contribute what he knows. He could have been better for us.”

White Sox: OF Eloy Jiménez, working back from surgery for a torn hamstring tendon behind his right knee, continues to do more in his rehab after he had to back off because of some soreness. “He's improving,” La Russa said. “You've got to be really careful. He had surgery, he had something removed. He certainly doesn't want to get hurt again so he's been having to be careful with it, we're encouraging him to be careful. So he's building up slowly and nobody's rushing him.”

Giants: RHP Anthony DeSclafani went on the 15-day injured list with right ankle inflammation, a move retroactive to Tuesday. Surgery still could be necessary and Kapler said discussions are ongoing about “next steps.” “There's concern there,” Kapler said. ... Kapler expects SS Brandon Crawford to come off the IL when eligible Monday after he has been sidelined with inflammation in his left knee.

White Sox RHP Dylan Cease (6-3, 2.56 ERA) makes his sixth road start of the season in the middle game of the series and is coming off seven scoreless innings with a career-best 13 strikeouts in a win against Baltimore.