Show and shine, cupcakes and music for Canada Day at Memorial Park

Photo: Alistair Waters
The Canada Day cake was made up of dozens of cupcakes and was delivered in an ambulance.

Memorial Park was the place to be for Canada Day fun in West Kelowna Friday.

Celebrations were back with the Murray’s Pizza Show & Shine and the Canada Day cake made of cupcakes delivered in an air-conditioned ambulance.

There were kids' activities with Kinshira, The Battle of the Bands, and the evening wrapped up with a performance by teen country music artist Beamer Wrigley.

The Canada Day events are a prelude to Westside Daze, which takes over Memorial Park from July 7 to July 10.

It will include a midway, mainstage entertainment, local school band performances, a CycleKarts Show & Shine, fireworks and the Westside Daze Parade on Saturday.

You can see the full list of Westside Daze events here. 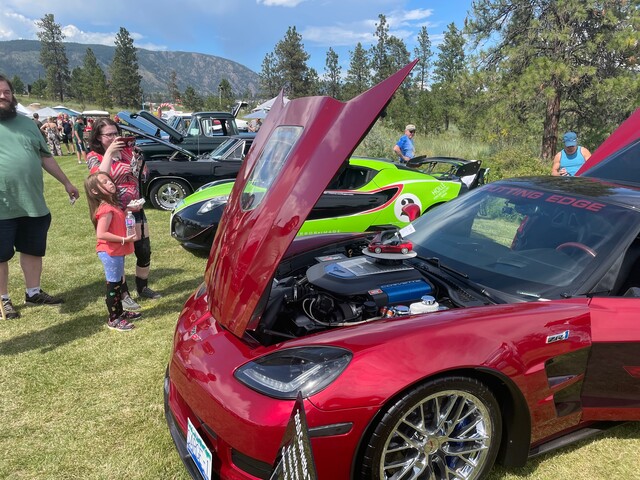 Photo: Alistair Waters
The Murray's Pizza Show & Shine was back for Canada Day in West Kelowna.