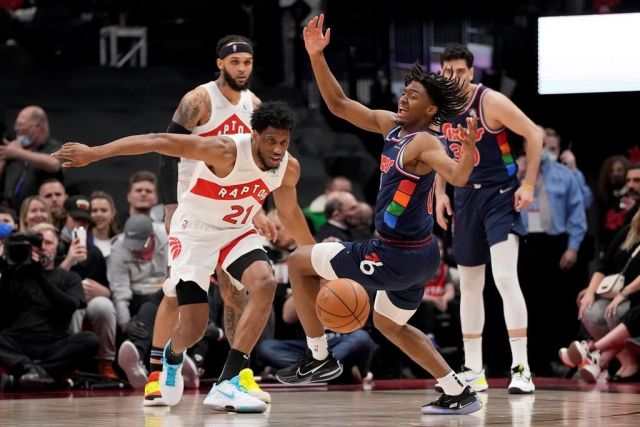 The Raptors announced the deal Friday, though it had been widely reported after NBA free agency opened at 6 p.m. ET Thursday that Young had signed a two-year, US$16 million extension with the club.

Toronto acquired the six-foot-eight, 235-pound native of New Orleans on trade deadline day in February as part of a package that included disgruntled Goran Dragic and the Raptors’ first-round pick, in exchange for Young, San Antonio’s second-round pick and the since-waived Drew Eubanks.

The 34-year-old has played 15 seasons in the NBA after being picked 12th overall by Philadelphia in the 2007 draft. He holds career averages of 12.8 points, 5.8 rebounds and 29.3 minutes in 1,085 games (711 starts) with Philadelphia, Minnesota, Brooklyn, Indiana, Chicago, San Antonio and Toronto.

“Thad is a high-level professional who complements our core very well, he integrated himself into the fabric of the team last season and we’re excited he chose to re-sign here in Toronto,” Raptors general manager Bobby Webster said in a statement.

He is a smart and versatile player who will continue to provide valuable leadership to our younger players on the court and in the locker room.”