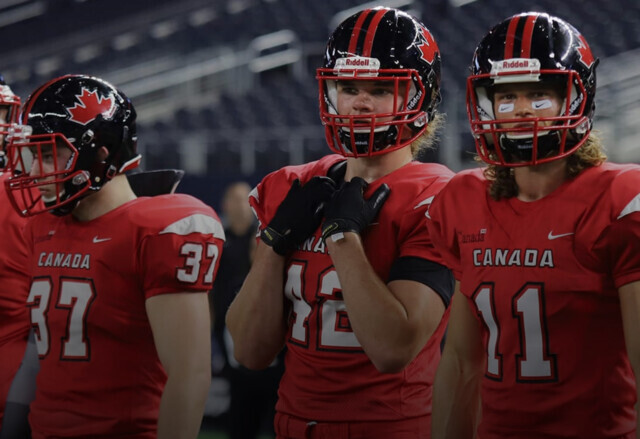 Some of the best young football talent from across Canada is heading to Kelowna for the Football Canada Cup.

The event featuring players under the age of 18 is being held for the first time ever in the city, and includes teams from eight provinces.

Cory Philpot, coach of the BCFC Langley Rams and former BC Lion and Winnipeg Blue Bomber will serve as head coach of Team BC for the sixth time.

The B.C. squad, ranked sixth after finishing 1-2 in 2019, will open the tournament Monday evening at 7 p.m. against Alberta.

The team will feature four prominent Okanagan players including Joe Murphy, Rocco Williams and Max Gainey from KSS and Braeden Khunkhun from Vernon.

“Playing in the Canada Cup is a privilege but actually hosting it in BC is the greatest part about it,” says Philpot.

“The kids should be able to feel good about what they are doing and how they are doing out there on the field and being in front of their home crowd along with family and friends. I think it will help them find that extra gear and play even harder.”

This marks the first time the championship has been played since 2019, a casualty of the COVID-19 pandemic.

Several scouts from Canadian and American Universities/Colleges along with junior football programs will be in attendance hoping to recruit the best players to their programs the following year.

Click here for tickets and here for a complete schedule.