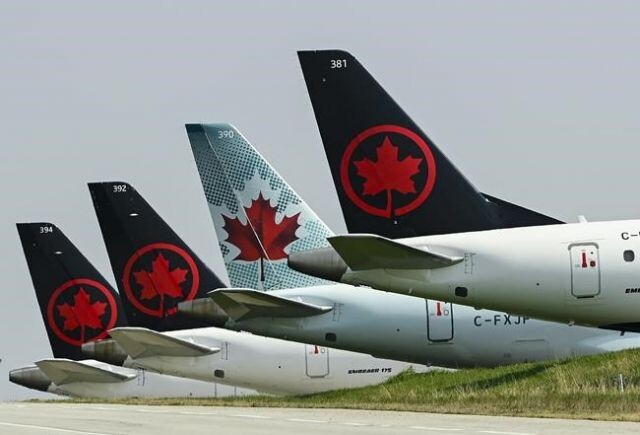 The Montreal-based airline said Wednesday night it will nix more than 15 per cent of its flights in July and August as airports face lengthy delays and cancellations amid an overwhelming travel resurgence.

The move will see 154 flights per day on average dropped from the airline's schedule — already operating at just 80 per cent of pre-pandemic levels — affecting hundreds of thousands of passengers.

The airline says the flights link mainly to its Toronto and Montreal hubs, and are all on domestic or Canada-U.S. routes.

Air Canada shares fell $1.27 or 7.4 per cent to $15.80 Thursday morning before rebounding slightly, deepening a decline from more than $21 per share at the start of the month.