Spouse of gunman to testify at N.S. shooting hearings but won't be cross-examined 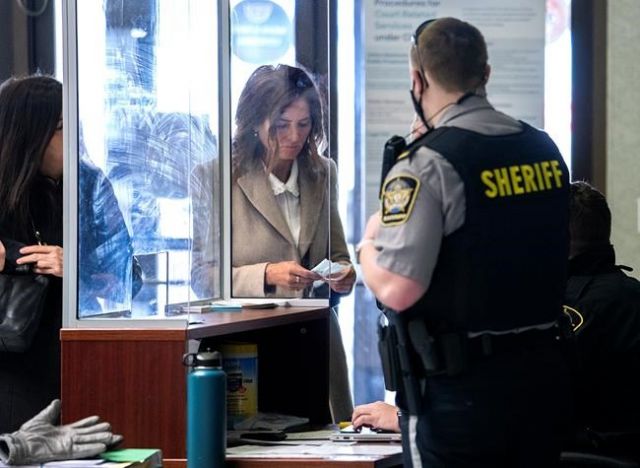 The spouse of the gunman in the Nova Scotia mass shooting will testify mid-July before a public inquiry, but she won't face direct questions from lawyers representing victims' families.

Lisa Banfield, on the advice of her lawyers, had initially refused to speak under oath at the hearings into the 22 killings carried out by her spouse on April 18-19, 2020.

However, she changed her stance after a criminal charge laid against her for supplying ammunition to the killer was referred to restorative justice.

The public inquiry said today in a news release that due to Banfield's status as a "survivor of the perpetrator's violence," only the inquiry's lawyer will be asking her questions during her July 15 appearance.

Josh Bryson, a lawyer for the family of victims Peter and Joy Bond, says his clients are losing faith in the credibility of the inquiry.

Bryson says the families' lawyers have been polite and respectful throughout the hearings, adding that it is frustrating to be denied the opportunity to pose direct questions to key witnesses.

"Cross-examination can make or break a witness's evidence … You test the evidence in a meaningful and trauma-informed way," he said in an interview today.

The inquiry has also refused to allow cross-examination of Staff Sgt. Brian Rehill and Staff Sgt. Andy O'Brien, who were the first RCMP managers overseeing the response to the shootings.

Emily Hill, senior commission counsel, says participatinglawyers can submit their questions in advance and can provide follow-up questions to the inquiry's lawyer to ask during the single day set aside to hear Banfield.

Banfield's evidence could provide further information about the killer’s personal history and state of mind and may also be key to the commission’s mandate to examine the "role of gender-based and intimate-partner violence" in the killer’s actions.

The inquiry has heard she was the last person with the gunman before he went on his rampage. The killer allegedly assaulted her and confined her in a car, but she managed to escape. She fled into the woods and hid before emerging the next morning and telling police the killer was driving a replica RCMP vehicle.

The RCMP have said from the outset that Banfield wasn’t aware of her spouse’s intentions when she provided him with ammunition, but they proceeded with charges alleging she, her brother and her brother-in-law had illegally transferred ammunition to the killer.

During a briefing this morning, the commission confirmed that senior RCMP officers, including Supt. Darren Campbell, Chief Supt. Chris Leather, assistant commissioner Lee Bergerman and Commissioner Brenda Lucki will testify in July and August — under oath and subject to cross-examination.