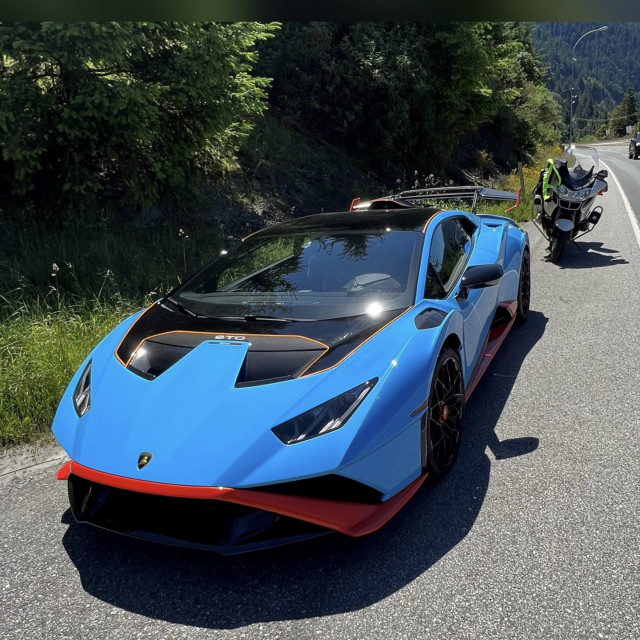 West Vancouver Police have impounded two Lamborghinis after they were spotted being driven up to double the speed limit on the Sea-to-Sky Highway Friday.

A West Vancouver traffic officer nabbed the luxury rides just north of Ansell Place on Highway 99 after spying the pair of Lambos driving in tandem, heading north at a high rate of speed, according to Const. Nicole Braithwaite, spokesperson for the West Vancouver Police Department.

Officers using a radar gun determined the luxury sports cars were allegedly travelling about 156 kilometres per hour at the time.

Both vehicles were stopped and both drivers were issued $368 tickets for excessive speeding.

Both Lambos – a 2022 blue Lamborghini Hurucan and a grey 2022 Lamborghini Aventador – were also impounded for seven days, said Braithwaite.

The drivers, who also own the Lambos, were heading to a Lamborghini show in Whistler when police stopped them, said Braithwaite.

It's not the first time supercars heading to a show of luxury cars in Whistler have been nabbed by police on the Sea-to-Sky Highway.

In 2018, West Van police pulled over a Richmond man driving a white 2016 Lamborghni Huracan without a licence near Lions Bay. He also received a fine and had his ride impounded.