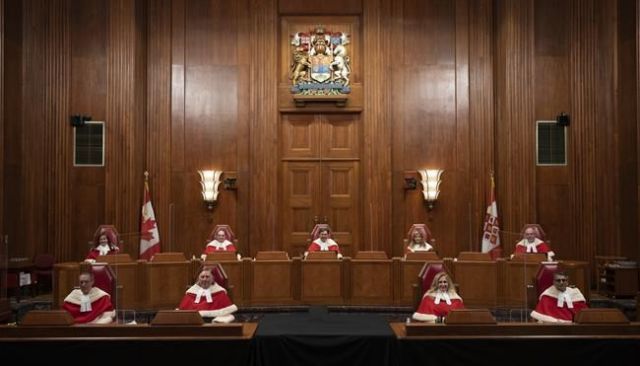 The Supreme Court of Canada has upheld expansions to Canada's rape shield laws made by the Liberals four years ago.

In a 6-3 ruling today, the court says the expanded rules to further prevent a sexual assault complainant's past from being used against them in a trial are entirely constitutional.

The Supreme Court of Canada will issue a constitutional ruling today about extensions to Canada's rape shield laws made by the Liberals four years ago.

Rape shield laws, which have been in place in Canada for several decades, are intended to prevent a complainant in a sexual assault case from having their sexual history used to discredit them.

The Criminal Code says evidence of a complainant's prior sexual activities that are unrelated to the charges at hand can only be admitted with permission of a judge following a private hearing.

The court ruling today will determine whether some extensions to those laws made in 2018 violate the rights of an accused to a fair trial.

Those extensions include granting a complainant standing and the right to a lawyer at the private hearings on evidence, and that an accused must request permission from the judge with at least seven days’ notice to admit private records of a complainant that the accused has in his possession.

It involves two separate appeals that were heard jointly by the Supreme Court, one brought by an accused and another a complainant.