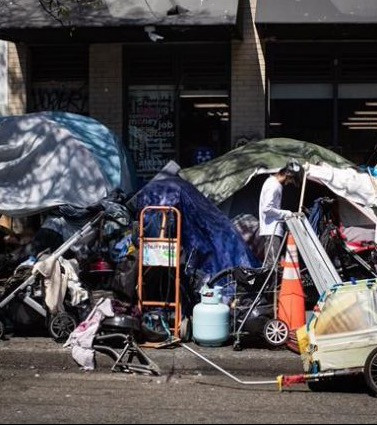 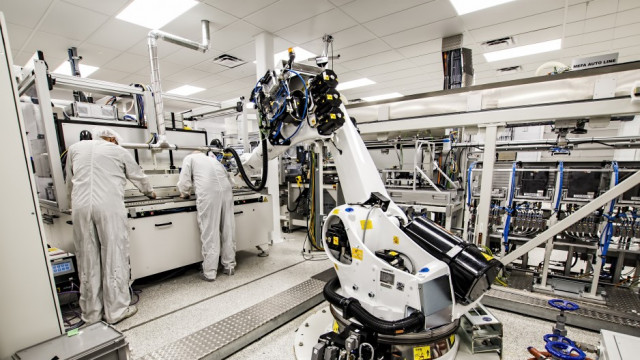 One of its new plants recently opened in Burnaby’s Riverbend Business Park -- just a few blocks from Ballard Power Systems (TSX:BLDP), where earlier iterations of cellcentric were born in 2008.

Previously operating out of Ballard’s Burnaby headquarters, the new cellcentric facility is twice the size and has three times the production capacity. The new 56,727-square foot facility employs 70 people, most of them engineers specializing in fuel cell technology.

The Burnaby facility produces hydrogen fuel cells and stacks – the core of fuel cell systems – for the medium and heavy-duty truck market. They are then shipped to Germany where they are integrated into complete fuel cell systems for trucks at cellcentric’s headquarters.

“That’s the most innovative part of the fuel cell, and we think we have a unique knowledge base here in Burnaby, and Canada.”

The fuel cell market for trucks is still in its infancy, but government mandates for zero emission vehicles – including in Canada – are expected to force the trucking sector in North America and Europe to go all-electric, either through battery power or hydrogen fuel cells. (Fuel cell vehicles are essentially electric, but with the electricity produced chemically from hydrogen, rather than stored in a battery.)

Medium and heavy-duty vehicles account for only 5% of the vehicles on the road but more than 20% of transportation emissions, according to the U.S. Department of Energy (DOE).

While battery electric will likely dominate the light and medium truck sector, hydrogen fuel cells are expected to dominate in the heavier, long haul sectors and in return-to-base fleets.

The National Renewable Energy Laboratory (NREL) recently forecast that hydrogen fuel cells could become cost competitive with diesel engines for the heavy-duty trucking sector in about a decade.

“Due to advancements for fuel cells and clean hydrogen production, hydrogen fuel cell electric vehicles are expected to become cost-competitive for long-haul heavy-duty trucks with greater than 500-mile range by 2035,” says the NREL report.

Combined, Daimler Truck and Volvo Group control about 50% of the North American market for medium and heavy-duty trucks.

There are currently no long-haul semi trucks on the road yet running on hydrogen fuel cells, but there will be in the coming years, Mohrdieck said.

“We are looking at, first, trial fleets next year and then after 2025, we are ramping up our production, because we know our customers will have a demand in this time period, especially in order to meet the regulations about CO2 reduction,” he said.

Asked how much the companies invested in the new Burnaby facility, Mohrdieck said: “We don’t disclose the exact number, but as you can imagine it’s a two-digit million Canadian dollar number.”

“I did say why -- why Burnaby?” Ralston said. “She said, ‘we have to be here – it’s the Silicon Valley of the hydrogen fuel cell.’”

“We at cellcentric are driven by Europeans’ commitment to zero emissions, and are heartened by Canada’s leadership and commitment as demonstrated with the Canadian Hydrogen Strategy,” he said.

The new cellcentric plant is one of several fuel cell companies whose nexus was Ballard Power Systems.

In 2008, Ballard Power sold off its light-duty automotive fuel cell division to Daimler AG & Ford Motor Company, which continued to operate out of the same building, but as an entirely separate company – the Automotive Fuel Cell Cooperation (AFCC). Another spinout was Mercedes Benz Fuel Cells Division.

Last year, Daimler Truck AG and Volvo Group AB joined forces to create the new cellcentric division, leveraging some of the IP and talent spun out of Ballard in 2008.

“With the cutout from Ballard, we also took over some people from Ballard…and this is still the same group of people,” Mohrdieck said.

Concerns have been raised about job losses in traditional industries like coal and oil and gas in Canada, as a result of the Trudeau government’s ambitious climate change and energy transition policies.

“The opening of this new R&D facility will leverage Canadian innovation and experience with hydrogen fuel cells,” Wilkinson said. “It will enable a tripling of local production capacity. It will help fulfill our goal of becoming a world leader in the manufacturing of these cells.”