LA Kings get Kevin Fiala in trade with Minnesota Wild 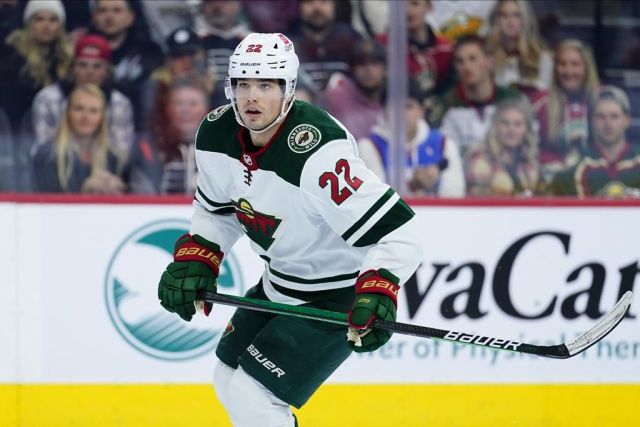 LOS ANGELES (AP) — The Los Angeles Kings have acquired high-scoring forward Kevin Fiala from the Minnesota Wild in exchange for their first-round pick in the upcoming draft and prospect Brock Faber.

The Kings confirmed the deal Wednesday for the restricted free agent. They are expected to sign the Swiss star to a long-term contract extension.

Fiala was one of the most attractive potential acquisitions in the NHL this summer after putting up career highs of 33 goals and 52 assists for the Wild last season. The left wing seems to be a perfect fit on the top line for the Kings, who ended their three-year playoff drought last spring despite scoring fewer goals than every postseason team except Dallas.

The Wild get the 19th overall pick in the draft along with Faber, the Kings' second-round pick in 2020 and a star defenseman at the University of Minnesota.

Fiala can become a restricted free agent next month. Realizing his bigger payday would come, he signed a $5.1 million contract for the 2021-22 season and flourished at left wing on a line with rookie Matt Boldy and center Frederick Gaudreau. One of only two Wild skaters to play in all 82 regular-season games, Fiala blew away his previous career bests in points and assists.

He disappeared in the playoffs for the second straight year, though. Fiala went scoreless in a six-game loss to St. Louis in the first round. Last year, he had one goal in a seven-game ouster by Vegas.

In Los Angeles, Fiala seems likely to slot in alongside veteran center Anze Kopitar and All-Star right wing Adrian Kempe on the top line of an up-and-coming team.

Faber was just named a captain by Minnesota coach Bob Motzko for the coming season, a sure sign he’s returning to the Gophers for his junior year. The 19-year-old is from Maple Grove, Minnesota.