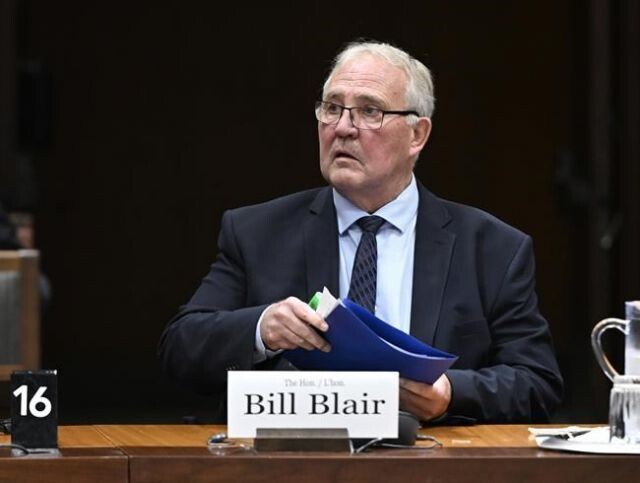 Former public safety minister Bill Blair says his office worked with the RCMP on the Liberals' gun ban, announced in May 2020, but those conversations had "no nexus" with discussions about the Nova Scotia shooting spree.

Blair was yet again answering questions today about the conversations he had with Commissioner Brenda Lucki in the days after Gabriel Wortman murdered 22 people on April 18-19, 2020, and whether he pressured her to have the RCMP release the kind of weapons used in the shootings.

Allegations about government interference have come up as part of the evidence in a public inquiry into the shootings, from written notes by Supt. Darren Campbell and a letter to Lucki written by RCMP strategic communications director Lia Scanlan.

Blair and Lucki have both denied there was any pressure from the federal government to release that information, and neither they nor the Nova Scotia RCMP told the public which weapons were used in the killings before that information was reported by the media in November 2020.

Former police officer Michael Arntfield says if the alleged interference happened, it's unclear how it would have impacted operations or the investigation.

But more importantly, he says, the "juicy political scandal" is distracting from what is supposed to be an inquiry into why and how a man disguised as a police officer and armed with illegal weapons was able to evade police and continue killing for more than 13 hours.