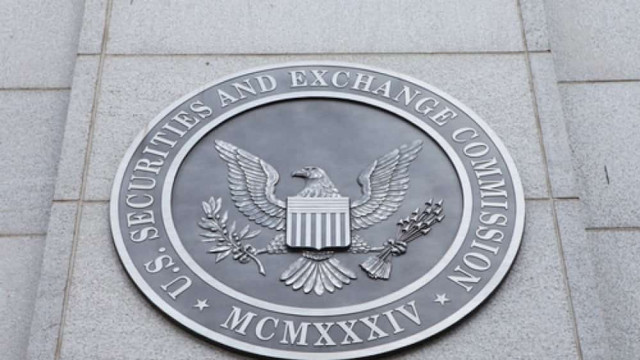 The U.S. Securities and Exchange Commission has added another B.C. resident and stock promoter to its growing roster of alleged fraudsters involved in a scheme involving over $1 billion of trading orchestrated from Vancouver.

Bradley Moynes, 51, a former Vancouver investment adviser turned cryptocurrency promoter is facing civil allegations of securities fraud, according to a June 27 complaint lodged by the commission (SEC) in Boston. His companies Digatrade Financial Corp. and Vancap Ventures are co-defendants.

Moynes is accused of working with offshore shell facilitator Fred Sharp, a former Vancouver lawyer who was charged with fraud by the commission last August.

Sharp did not respond to the charges and now owes the commission US$52.9 million following a default judgment May 12. He also faces criminal charges along with members of his so-called “Sharp Group.” The group is alleged to have orchestrated “pump and dump” schemes prior to illegally trading insider shares via offshore shell companies held by nominee owners.

According to the complaint, Moynes became a Sharp Group client in March 2014, when Moynes was president of Formcap Corp., a Nevada company.

Phone records obtained by the commission allege to show Sharp dividing 95% of tradable Formcap shares into blocks of less than 5% held by the offshore companies, thus avoiding reporting requirements and scrutiny by the foreign brokerage firms, which held the shares, as well as transfer agents, who are supposed to oversee filings.

Moynes proceeded to “strategically issue” press releases and fund promotions about the company (the “pump”) while allegedly directing Sharp to sell the shares (the “dump”) and put the proceeds into a Canadian company named Vancap Ventures, which is solely owned by Moynes.

The commission says Moynes never reported these sales. Given his history as an investment advisor, he ought to have known securities laws required him to do so, the commission said.

Moynes is said to have personally profited $256,000 from Formcap.

A similar concurrent scheme occurred with Digatrade; however, Moynes, Digatrade’s president and CEO, was able to reap $533,000 in net profits, according to the commission — at least initially.

Those involved then stepped up their alleged actions in mid-2016, according to the commission, with a series of stock maneuvers, including the issuance of eight million new, unrestricted shares to nominee companies held by Moynes.

The complaint claims Moynes then connected with New York lawyer and Mexican citizen Luis Carillo, who is alleged to have orchestrated a promotional campaign via a boiler room (high-pressure call centre) based in Medellin, Colombia.

The boiler room was allegedly operated by Frank Biller, who has also been charged by the SEC.

Biller was convicted in B.C. of criminal fraud and theft in 2005 for his participation in the high-profile B.C.-based Eron Mortgage Corp. Ponzi scheme through the late 1990s. The Eron Mortgage saga is one of, if not the biggest, financial fraud cases in B.C. history. It garnered significant media attention given the sheer volume of victims.

By February 2018, Moynes and his associates sold 24.3 million shares of Digatrade and generated a net profit of $5.9 million, of which Moynes kept $1.3 million.

Moynes is presumed innocent until or unless proven otherwise in a court.

The proceedings are being held in the federal District Court of Massachusetts; that's where the commission laid charges because Digatrade sold shares on the U.S. over-the-counter market to investors there.

The commission is seeking repayment of the funds, some form of monetary penalty and a permanent ban from the markets.