BC wildland firefighters head to Yukon to assist with wildfires 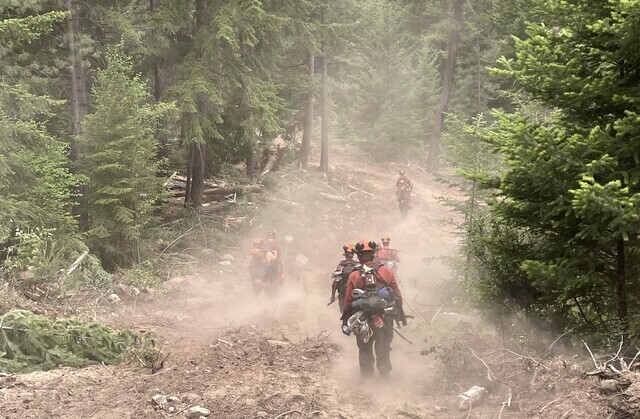 A group of British Columbian wildland firefighters are in the Yukon assisting with wildfires this week, as the B.C. wildfire season continues its slow start.

On June 24, the BC Wildfire Service sent a fire behaviour analyst, one 20-person unit crew, along with six three-person initial attack crews to the Yukon to help fight wildfires burning in the territory.

The unit crew is stationed near the Village of Carmacks, while the initial attack crews are working around Kluane, Southern Lakes, Tintina and Tatchun.

In a Tweet Wednesday morning, the BCWS noted the B.C. received support from a number of different jurisdictions during last year's particularly destructive fire season.

“Supporting each other during times of need is important, and something BCWS is proud to do,” the BCWS said.

Cooler and wetter weather this spring across much of B.C. has resulted in a slow start to the fire season locally.

On June 24 the BC Wildfire Service (BCWS) sent one unit crew, six initial attack crews, a Fire Behaviour Analyst and a representative to the Yukon to provide assistance. The territory has experienced significant wildfire activity and extreme fire risk. pic.twitter.com/8bzvOzEJ3K