Canada to upgrade Latvia battlegroup to a brigade, boost number of troops 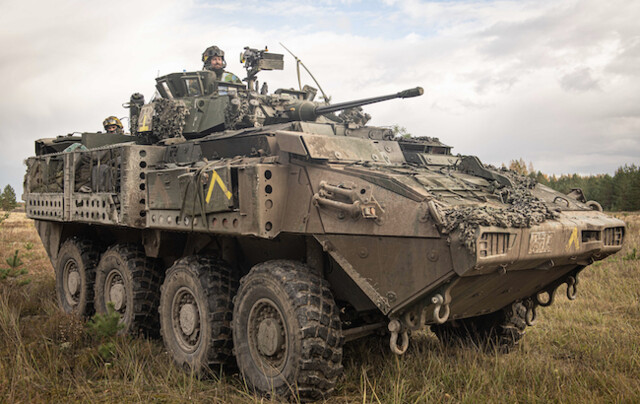 Canada has signed an agreement to upgrade the 2,000-soldier battlegroup it leads in Latvia to a brigade, boosting the number of troops and pledging to lead it for at least the next five years.

Secretary-General Jens Stoltenberg confirmed Monday the eight NATO battlegroups in the Baltics will be increased to brigade-level forces, which entails doubling the number of troops to between 3,000 and 5,000.

The larger NATO force that extends from the Baltic to the Black Seas is intended to fend off a potential Russian attack.

Defence Minister Anita Anand signed the agreement with her Latvian counterpart at the NATO summit in Madrid, alongside Prime Minister Justin Trudeau and the Latvian president.

Germany and Britain have both said in recent weeks that they are ready to lead larger combat units in Lithuania and Estonia.

The specifics about how many troops or pieces of equipment will be deployed to bolster the Canadian-led battle group in Latvia have so far not been released.