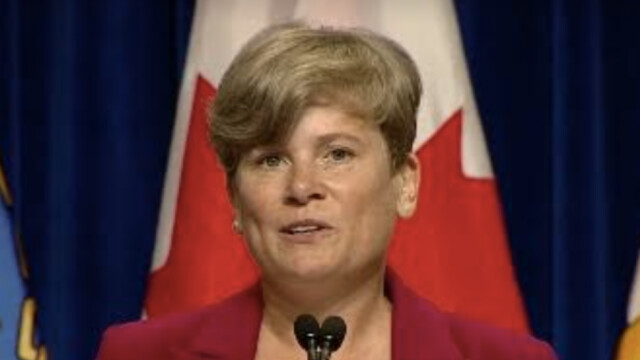 Photo: UBCM
B.C.'s Minister of Land, Water and Resource Stewardship, Josie Osborne. The BC Liberal opposition has complained to the conflict of interest commissioner after Osborne granted $15 million to the purchaser of her husband?s investment property

The BC Liberal opposition has complained to the conflict of interest commissioner after an NDP cabinet minister granted $15 million to the purchaser of her husband’s investment property.

In one of her first acts as Minister of Land, Water and Resource Stewardship, Josie Osborne announced the sum on April 21 for Watersheds BC through the MakeWay Foundation for indigenous-led or co-led watershed restoration projects.

“I’m so proud of what my husband has created in Tofino, it’s been my backyard for almost 20 years and introduced thousands of visitors to Tlaoquiaht lands and to Clayoquot Sound,” Osborne Tweeted on Aug. 17, 2020. “But… change is also part of life.”

The complaint to Commissioner Victoria Gray asks whether the land deal played a role in awarding the grant to MakeWay, whether Osborne communicated with MakeWay and whether she took any steps to shield herself from a real or perceived conflict of interest.

Premier John Horgan is likely to address the issue, as well as his future as premier, at a 1:30 p.m. news conference in Vancouver.

MakeWay is formerly known as Tides Canada, the environmental charity that has supported causes opposing the oil and gas industry.

According to Osborne’s public disclosure summary, Patterson may have used some of the proceeds of the land sale to buy shares in pipeline companies Fortis and TC Energy, parent of Coastal GasLink. On Sept. 27, 2021, he also bought shares in Loblaw, BCE and Algonquin Power. The form is a summary of what is provided to the conflict of interest commissioner, but does not list quantities or dollar amounts.

Marine biologist Osborne is the former Tofino mayor who was elected the Mid-Island Pacific Rim MLA in 2020. She became the Minister of Municipal Affairs and, earlier this year, was shuffled to the ministry sometimes referred to as “Land WARS.”

The complaint about Osborne would be the first B.C. political scandal involving gardens in more than 30 years. Social Credit Premier Bill Vander Zalm was forced to resign after Conflict of Interest Commissioner Ted Hughes found Vander Zalm used his office in an attempt to sell Richmond’s Fantasy Gardens to Taiwanese billionaire Tan Yu.