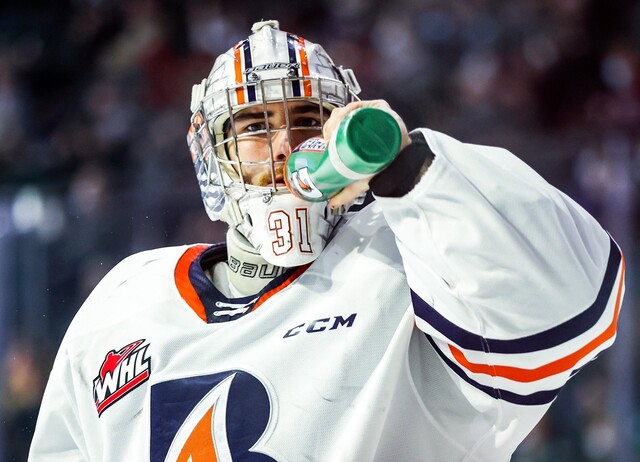 Photo: Kristen Ostrowski/Everett Silvertips
Dylan Garand was named the CHL's Goaltender of the Year on Tuesday.

Kamloops Blazers netminder Dylan Garand has been named the top goalie in junior hockey — the first Blazer to earn the honour in 30 years.

The New York Rangers prospect was announced as the CHL’s Goaltender of the Year on Tuesday afternoon.

Garand already won the Del Wilson Memorial Trophy as the WHL’s goaltender of the year.

The 20-year-old Victoria native is the fourth consecutive WHL goaltender to win the CHL honour.

Garand is also the second Blazer to win the award. Cory Hirsch won it in 1992.

Garand is expected to begin a professional career with the Rangers organization in the fall.