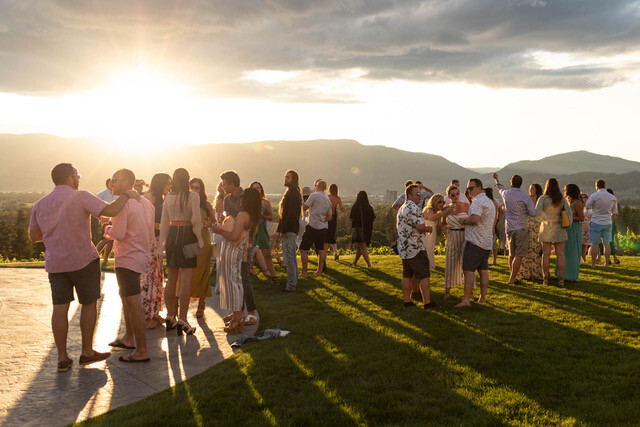 Photo: Kitsch Wines
Proceeds from ticket sales for Splendor in the Grass will support the Wild Things Rehabilitation Society.

An East Kelowna winery is stepping up to help an aspiring wildlife rescue centre in more than one way.

Kitsch Wines announced part of the proceeds from the annual sell-out Splendor in the Grass event will be donated to the Wild Things Rehabilitation Society.

“Being able to host amazing people and entertainment on this property is something we’ve missed so much,” explained co-founder and proprietor Ria Kitsch. “but what has us extra excited is the charity of choice this year: an aspiring wildlife rescue centre planned for the Central Okanagan called Wild Things Rehabilitation Centre”.

Because the winery is considered a farm property, it’s limited to a maximum of 150 guests, so Splendor in the Grass has been expanded to two nights, Friday, July 8 and Saturday, July 9.

“Each night will include amazing music, food, and an epic dance party around the usually off-limits pool area, over the view of vineyards and Okanagan Lake,” said Kitsch.

Ten dollars from every ticket sold for the event will go directly to Wild Things.

As well, the Kitsch family has been working with society founder Sydney Platz and the City of Kelowna to help secure land for the charity’s animal rescue needs and is offering a forested property in East Kelowna. It’s hoping the city will give the go-ahead to build the wildlife rescue centre on the land.

“The East Kelowna property checks a lot of boxes, it’s quiet, central and the same as the animals’ natural habitat; our plan is to use non-permanent structures and enclosures to preserve and respect the natural ecology,” says Platz.

On its website, Wild Things Rehabilitation Society says it plans to rehabilitate injured or orphaned animals in the Central Okanagan and is aiming to open sometime in 2022.