'Deteriorating' Balmoral Hotel sign taken down due to safety concerns 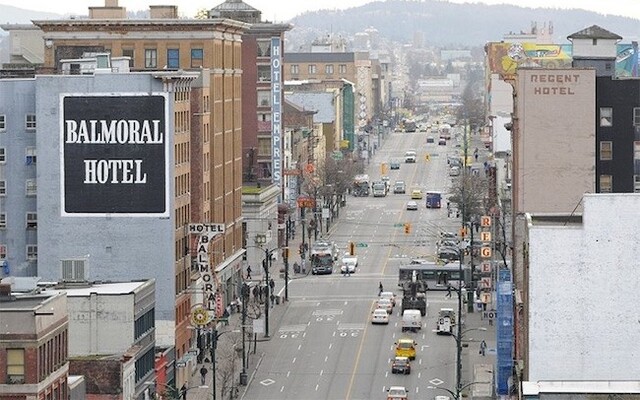 The neon blade street sign was removed from the building on Sunday due to its "deteriorating condition and risk of injury to the public," according to a news release from the City of Vancouver.

The sign was taken down and transported off site for further assessment although no word yet on what the city is looking for or if the sign will resurface at a later date.

The Balmoral has been empty since 2017 and it was announced in February of this year that the building will be demolished after years of irreversible underinvestment and mismanagement made it permanently unlivable and a public safety risk.

The city has said the demolition process is highly complex and will take several months to complete. Currently, it is still in the planning stages and removing hazardous materials and doing civil site work. The removal of the sign was one of the first visible steps toward the site's new life.

In the news release, the city also recognized "that the Balmoral, prior to its closure, was a site of harm and trauma to many and that the demolition of this building will have an emotional impact on former residents and their families, friends and community."

The city is putting out a call to affected community members for guidance on how they can provide respectful and culturally appropriate support during the building's demolition and redevelopment. The land has already been committed to low-income housing that the city has assured residents will be safe and secure.