A large police presence this evening in Peachland 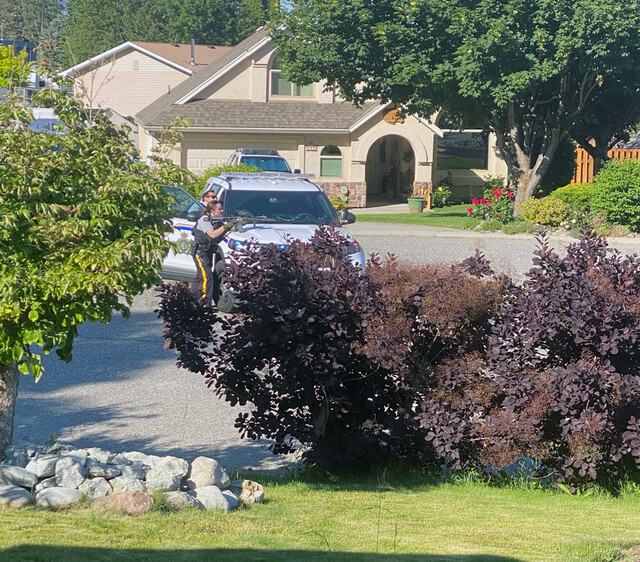 There is a large police presence this evening in Peachland.

Witnesses in the area around Garraway Place indicate more than a dozen RCMP vehicles including the Emergency Response Team (ERT), have descended upon the neighbourhood over the past 90 minutes.

Several RCMP officers with guns drawn can also be seen in the area.

One resident of the area says the police helicopter has also been seen circling the area.

Pictures sent into Castanet show the front door of a home at 6033 Garraway Place has been busted open.

Officers and police dogs apparently entered the home once the door had been breached, however police have not been seen escorting anybody out of the home.

More information if, and when it becomes available. 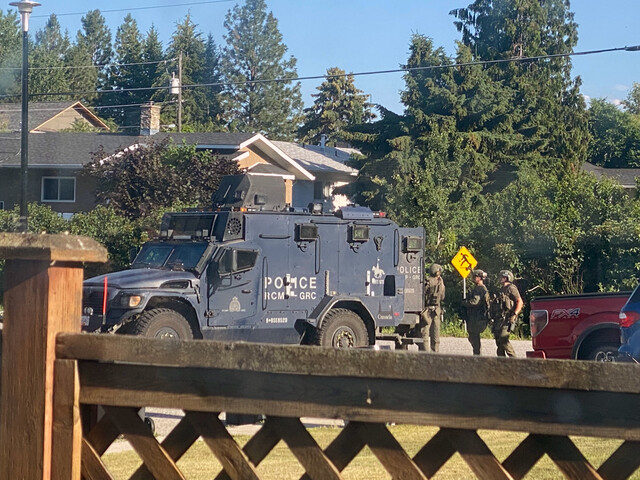 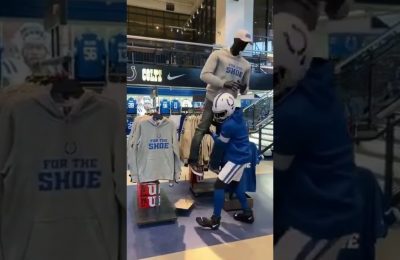