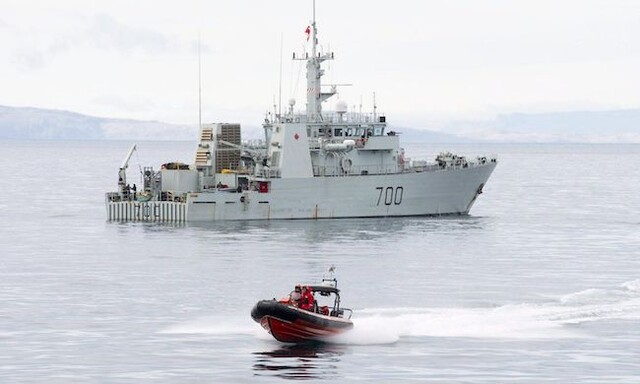 HMCS Kingston and HMCS Summerside are to take part in Operation Reassurance as part of deterrence measures in central and eastern Europe.

The vessels will join a NATO sea mine countermeasures group.

Two Canadian frigates, HMCS Halifax and HMCS Montreal, are currently deployed as part of the operation and are scheduled to return to Canada next month.

HMCS Kingston will provide a navy clearance dive team, while HMCS Summerside will support the team with autonomous underwater vehicles.

The deployment is the first to this particular mission for the two coastal defence vessels.