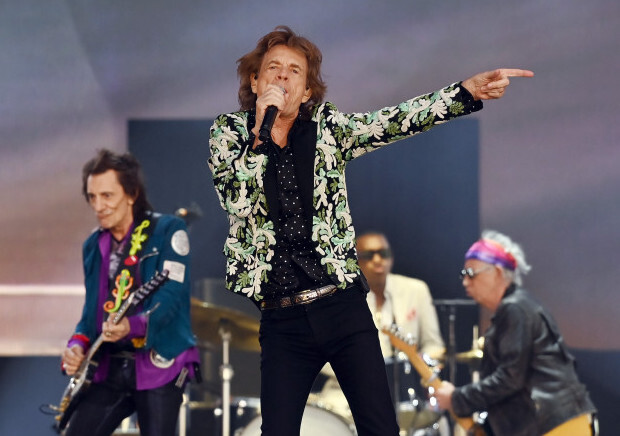 The rock icons performed at American Express Presents BST Hyde Park on Saturday night (25.06.22) and frontman Sir Mick Jagger took a moment to remember Charlie, who died at the age of 80 in August 2021, before the band played 'Tumbling Dice'.

"And sadly, this is our first time in London without him. So, we would like to dedicate this show to Charlie."

The Rolling Stones formed in 1962 and their career-spanning concert celebrated their 60th anniversary.

Mick, Keith Richards and Ronnie Wood kicked off proceedings with 'Street Fighting Man', and the classics kept coming as they played 'You Can't Always Get What You Want', 'Can't You Hear Me Knocking' and 'Honky Tonk Women' and 'Miss You'.

Guitarist Keith, 78, took lead vocals on 'Slipping Away' and 'Connection' and they closed their set with a host of greatest hits including 'Start Me Up', 'Gimme Shelter' and 'Jumpin' Jack Flash'.

Mick also thanked the crowd for making it to the gig even though there was a national rail strike.

He said: “Are you feeling alright? It’s great to be back home in London. I know that getting here has not been easy. I want to really thank the effort you have made for all to get here.

After briefly departing the stage the band returned for an encore of 'Sympathy for the Devil' and '(I Can't Get No) Satisfaction' which had the sell-out crowd singing along to every word of each song.

'You Can't Always Get What You Want'

'Living in a Ghost Town'

'Can't You Hear Me Knocking'

'Sympathy for the Devil'

'(I Can't Get No) Satisfaction'