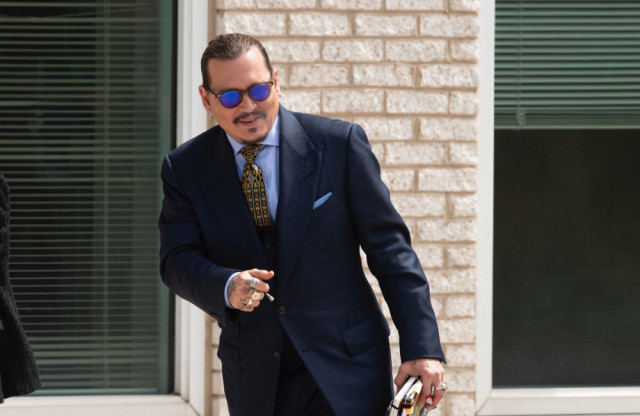 Johnny Depp is reportedly trying to settle an alleged assault case before it goes to court.

Gregg 'Rocky' Brooks filed court documents back in 2018, in which he accused the actor of "maliciously and forcefully" punching him twice in his ribs on the set of 'City of Lies' before saying he'd pay the location manager $100,000 to "punch [him] in the face" in April 2017.

The case is scheduled to go up before the courts next month, but sources told RadarOnline.com that Johnny's legal team have been "deep in negotiations" with the location manager's team up until late this week in a bit to settle the matter out of court.

However, a deal has not yet been agreed.

The 'Pirates of the Caribbean' actor previously requested the cast be dismissed after alleging he "feared for his safety" and that of director Brad Furman, arguing the alleged assault was in self defense and the "defense of others".

In Gregg's legal documents, the crew member slammed the 'Lone Ranger' star over his conduct, alleging he "was intentional and malicious and done for the purpose of causing plaintiff to suffer humiliation."

And he claimed Johnny's "intoxication and temper created a hostile, abusive and unsafe work environment," which eventually resulted in him being assaulted by Johnny during filming of the crime thriller when he tried to enforce a permit restriction during a late night of filming.

Gregg claimed he was eventually fired from the movie when he refused to sign a release waiving his right to sue over the incident.

His attorney, Arbella Azizian, said in a statement: "My client wants to make sure Mr. Depp is held accountable for his conduct on set so that, in the future, others will not be put in the same situation."

When reports of an alleged altercation were first raised earlier this year, director Brad Furman defended Johnny and praised the actor as a "consummate professional".

He said in a statement: "Johnny Depp is a consummate professional, great collaborator and a supporter of other artists.

"He always treats the crew and people around him with the utmost respect.

"Movies can be stressful, and nonevents often become exaggerated. We all love stories -- there isn't one here."

And Johnny himself previously claimed to have made amends with Gregg before the suit was filed.

He said during a deposition: "I had my assistant bring a bottle of wine. And we toasted in I think paper cups. And, you know, no harm, no foul. I apologised. He apologised. Gave him a hug. We embraced. You know, I hugged him. And everything was cool.