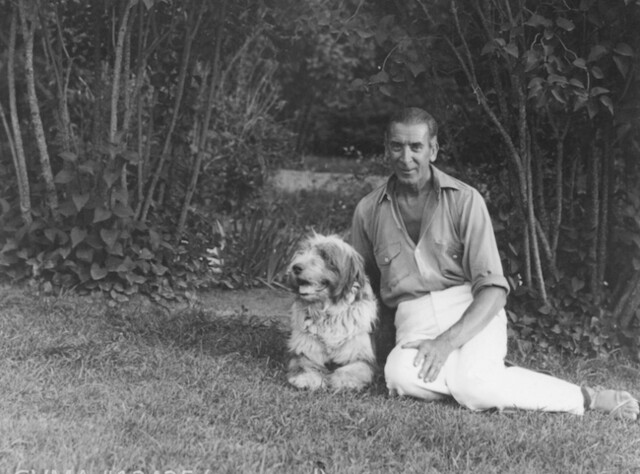 Photo: Museum and Archives of Vernon
Leone Caetani sitting on the front lawn of his home in Vernon with a dog circa 1927.

In recognition of Italian Heritage Month, which is celebrated every June, MP Ahmed Hussen, Minister of Housing and Diversity and Inclusion, recently stated “with more than 1.5 million people of Italian heritage, Canada is the proud home of one of the largest Italian diasporas in the world.”

From business to sports, cuisine, politics, and much more, the community has enriched all aspects of our society, and continues to do so.”

The immigration of Italians to Canada is closely tied to political and social turmoil in Italy in the late 19th and early 20th Centuries. In particular, the rise of fascism under Mussolini changed the fortunes of many Italians, and some decided to immigrate to Canada to seek out safer opportunities.

The Okanagan’s first Italian immigrant was Giovanni Casorso, who arrived in Kelowna in March 1883, followed by his wife and children in 1884.

Meanwhile, one of Vernon’s most well-known Italian immigrants was Leone Caetani, father of Sveva Caetani, a celebrated local artist. Leone was born on September 12, 1869, to one of the oldest and most distinguished families in Italy.

In addition to serving as Duke of Sermoneta and Prince of Teano, Leone was a gifted scholar with a degree in Ancient and Oriental Language and History, and fluent in 11 different languages.

Leone first visited Canada for a hunting trip in 1891, and was captivated by its natural beauty. This likely contributed to his decision to immigrate to the country in 1921 with Sveva and her mother Ofelia. As an avid socialist, Leone, like many Italians, was also no longer comfortable in post-war, fascist Italy.

The Caetani family and a small handful of their staff arrived in Vernon in the summer of 1921 to beginning their new lives.

To learn more about the Caetani Family, please click here.