Two orphaned bear cubs have been live captured on Lavington 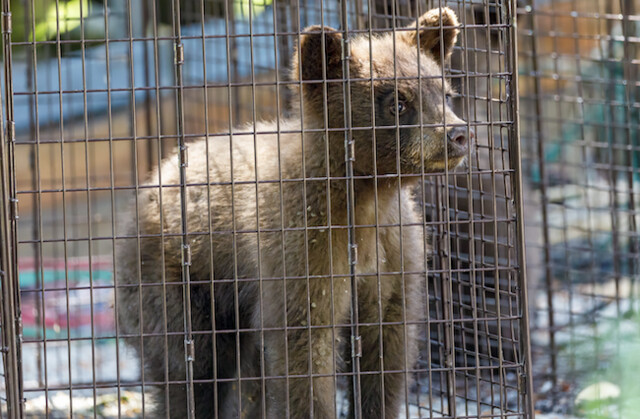 The two orphaned bear cubs that were wandering around Lavington were successfully captured Friday afternoon.

Angelika Langen, with the Northern Lights Wildlife Society, said officials have given them permission to trap the cubs, which means they have been orphaned.

The group will now begin to actively find and live-trap the young bears.

Vernon North Okanagan RCMP have said on June 22 shortly after 9 p.m. frontline officers from received a report that a bear was shot in the 6400 block of Wilmar Way in Lavington.

A deceased bear was located and police are continuing to investigate. No reports of any injuries to the public have been received at this time.

Social media is buzzing about bear cubs in the Lavington area.

A mother bear and two cubs have been spotted on the North Okanagan community recently and there are unconfirmed reports the mother bear has been shot and killed.

Castanet has reached out to the RCMP for information.

Also looking into the situation is the Northern Lights Wildlife Society, which was contacted by area residents.

Angelika Langen, with the society, said a volunteer with the group is currently trapping a bear cub in the Vernon area, and the society is in contact with the Conservation Officers Service about the Lavington cubs.

Langen said the society must get permission from the COS or a provincial wildlife biologist before they can act.

“I need to confirm that the mother indeed is dead and not just separated from the cubs,” Langen said.

“We don't want to steal them from her.”

Permission was granted to catch the single cub in Vernon, and once that is done, if permission is granted, the society volunteer will move the traps to the Lavington area.

Langen is asking people to call the RAPP line, 877-952-7277, every time the cubs are spotted and provide information on their location “so we can get a pattern of where they are circulating, and that will help us once we set the traps.”

If permission is granted, Langen is also asking people to call her directly at 250-877-1181 for more up-to-date sightings.