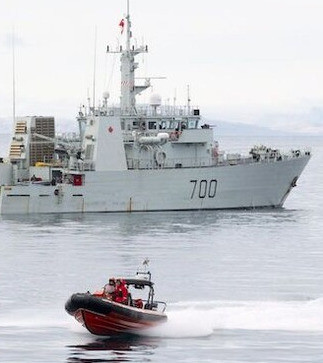 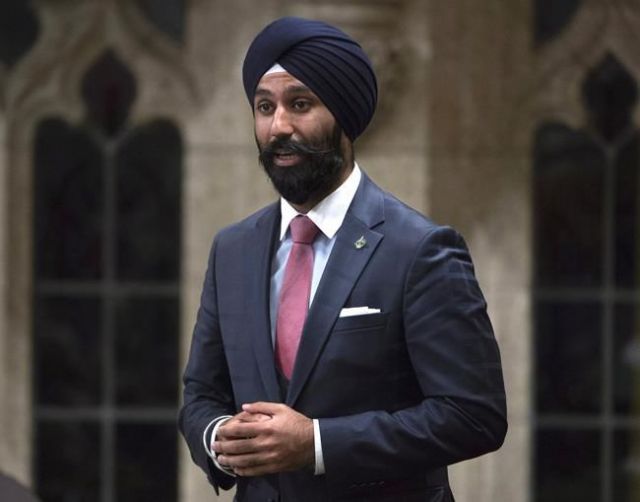 Photo: The Canadian Press
Liberal MP Raj Grewal rises in the House of Commons in Ottawa on Friday, June 3, 2016. A pair of Ontario businessmen say they each loaned former Liberal MP Raj Grewal $200,000 before being invited to join a 2018 trip to India with Prime Minister Justin Trudeau. THE CANADIAN PRESS/Adrian Wyld

A pair of Ontario businessmen say they each lent $200,000 to former Liberal MP Raj Grewal in the months before he invited them to join events during Prime Minister Justin Trudeau's 2018 trip to India.

Andy Dhugga, the CEO of Brampton's New Millenium Tire Center, told an Ottawa court Thursday that Grewal asked him for money in the summer of 2017, saying he needed it to pay off a different loan.

Dhugga and another local businessman, Yusuf Yenilmez, were both on a shortlist of five guests Grewal invited to participate in a private meet-and-greet with Trudeau in New Delhi, a former Liberal political staffer testified earlier.

The beleaguered former MP is on trial for two breach of trust charges related to a series of loans that he took out to pay off major gambling debts and that he failed to disclose to the federal ethics commissioner.

The Crown is alleging he used his political office for personal gain, offering access to the events and help with immigration files in exchange for the money.

Per their testimony, neither Dhugga nor Yenilmez asked Grewal very many questions about why he was seeking such large amounts of money from them, and both said they were not aware of any gambling until they received visits from police who were investigating Grewal's affairs.

Each recounted receiving full repayment from Grewal only after telling him about those police visits.

Through an interpreter, Dhugga described himself as a "good family friend" who had known the Grewal family for a long time, and said that in his community, people lend money to each other when it is needed, recounting several other instances where he had lent similarly large sums to others.

In addition to getting a call about the trip from Grewal's staff, he said he received verbal invitations to join Trudeau's delegation from the father of Liberal MP Ruby Sahota, the husband of Liberal MP Sonia Sidhu and a staffer in the office of then-minister Navdeep Bains.

Dhugga noted that he also previously travelled to India on a trip with Conservative prime minister Stephen Harper.

Yenilmez, the CEO of construction company Zgemi Inc., told the court Monday that for his part, he provided Grewal with a loan without knowing the reason he needed the money, describing him as a trusted friend and employee.

The Crown has not established whether either witness expected any favours or special access as a result of the loans, but both are set to resume their testimony later and neither has been cross-examined.

Yenilmez's invitation to the New Delhi party where he had his photo taken with Trudeau had already come under scrutiny in 2018, because of Grewal's disclosure to the federal ethics commissioner that he received employment income from Zgemi.

Opposition MPs at the time demanded that the federal ethics commissioner investigate on the basis that Grewal seemed to have given his employer preferential treatment.

There was already a firestorm at the time over the Prime Minister's Office's ability to scrutinize the guest lists for receptions Trudeau attended.

One man who attended two of those receptions in India turned out to have been convicted in a Canadian court in 1986 of the attempted murder of an Indian politician — a fact that played into Indian politicians' accusations that Trudeau was sympathizing with extremist elements during the trip.

In late 2018, Grewal's gambling problem came to public light and he resigned from the Liberal caucus, having served just over three years as the party's representative in Brampton East.

At the time, he said that he sought treatment for his gambling addiction, that he only sought loans from his friends and family and that he had paid off all his debts.

His trial is scheduled to continue through the end of July, with Dhugga's cross-examination expected to begin Friday.