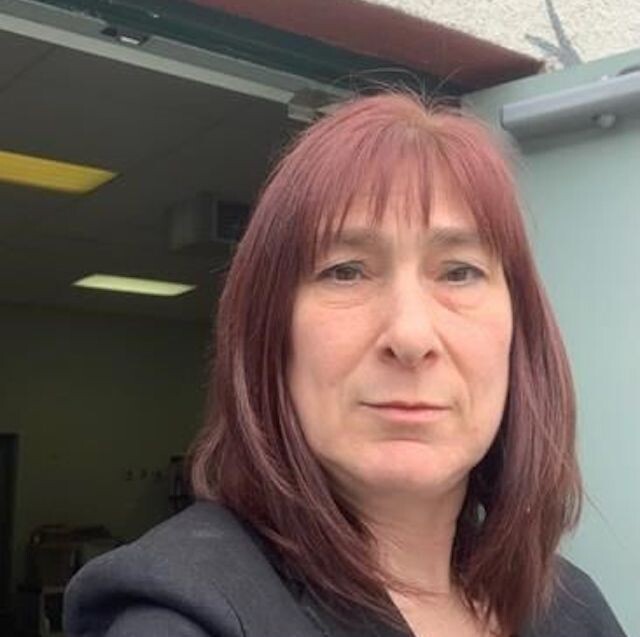 Photo: The Canadian Press
Tara Andrews of Coquitlam, B.C., is shown in this undated handout image provided June 23, 2022. Skipping the occasional meal has become the norm for Tara Andrews, who says soaring grocery prices have made it too hard to adequately feed herself and her two teens. Even with help from food donations and a charity, the 49-year-old single mom says the skyrocketing cost of living is more than she can handle.

Skipping the occasional meal has become the norm for Tara Andrews, who says soaring grocery prices have made it too hard to adequately feed herself and her two teens.

Even with help from food donations and her retired parents, the 49-year-old single mom says the skyrocketing cost of living is more than she can handle on her monthly income of $1,200. She's already one month in arrears for May's rent and expects the same for June.

"My grocery bill has almost doubled and I get maybe half of what I used to be able to get. It's a direct relationship that the more expensive things get, the less I can afford to buy," Andrews says from her home in Coquitlam, B.C.

It's a familiar story for various agencies dedicated to addressing food insecurity, with the head of Food Banks Canada saying many families with children are especially precarious as school-based food programs wind down.

Kirstin Beardsley says about a third of people who rely on Canadian food banks are children — as many as up to 400,000 each month. The agency says food bank use is rising among single-parent families.

"These are kids who are not getting a chance to thrive. And that has long-term impact on the country," says Beardsley.

"You can't lose sight of the fact that kids don't get another childhood, they can't do this over. This is their one chance and you need to make sure that we're giving everyone the opportunity they need to build the life that they want."

In Toronto, the head of the Daily Bread Food Bank also says requests for aid have spiked as inflation reached a nearly four-decade high.

He says counterparts across the country tell him of similar spikes, with many reporting a 20 to 30 per cent jump in demand.

"We are seeing individuals who are working but their paycheque is not keeping pace with the cost of being able to drive to their place of employment, or be able to feed their children. They are increasingly worried about what they are seeing and (about) being able to put food on the table," says Hetherington.

Back in British Columbia, Andrews says things would be much worse for her without the subsidy for her three-bedroom apartment, which brings rent down to $540 per month.

But she says pre-existing financial woes deepened during the pandemic and have only gotten worse in 2022 as inflation also drove up the cost of gas and utilities.

She's also saddled with $150,000 in school loans but can only cover the interest.

"I'm luckier than some because I live in housing so it's subsidized but still you've got all the bills that go with it to keep the house running. Then there's the food on top of it," she says.

"I'm making enough to cover my bills and really not to afford food. That's really what it comes down to."

Among the organizations Andrews relies on is the North Vancouver-based Backpack Buddies, which supplies weekend meals to kids who need help getting fed between the time school ends Friday afternoon and resumes Monday morning.

The program expanded to summer months during the pandemic and will grow even more this summer, says co-executive director Emily-anne King.

"We kind of were hoping that the beginning of COVID in March of 2020 and those following six months would be the height of demand for services like ours but we are seeing more demand today than we ever have," says King.

She says they've recently added 500 more recipients in communities including lower Similkameen, Saltspring Island, and the village of Lytton, devastated by last year's wildfire. They expect to help about 2,100 kids a week this summer.

Demand surges as the annual inflation rate rises faster than it has since 1983, with Statistics Canada announcing Wednesday that the consumer price index in May was up 7.7 per cent compared to a year ago.

That has many bracing for more interest rate hikes to control inflation. The Bank of Canada already raised its key target three times this year.

Statistics Canada said in May the price of groceries rose nearly 10 per cent from the previous year, matching the April jump. The cost of fresh vegetables rose 10 per cent, while the largest increase on record involved edible fats and oils at 30 per cent.

As prices continue to rise, food policy expert Valerie Tarasuk of the University of Toronto says things will only get worse for 5.8 million Canadians believed to be food insecure, among them about 1.4 million children.

While that pool may grow larger this year, she's most concerned about already suffering Canadians who will sink further unless income support programs increase in tandem with rising costs.

"Things are going to get a lot worse before they get better. And I think with each one of these reports, I hope that our political leaders are feeling more and more pressure to rethink what they're doing at the bottom end," says Tarasuk.

"We don't need little one-off cheques. They're not going to be enough to make this go away. We need policies that are actually enduring and that means things like indexation."

The Bank of Canada has said it's prepared to "act more forcefully" to reel in inflation, leading some economists to suspect rates could increase by three-quarters of a percentage point next month, matching the U.S. Federal Reserve move last week.

For Canadians who are already overextended, Hetherington says a one or two per cent increase on monthly mortgage or loan repayments could be significant.

"I see on a daily basis children excited to be at the food bank, shopping for the food that they need," says Hetherington.

"They're thrilled to be with their parents shopping at a food bank and it breaks your heart. It is absolutely wrong that that is happening in our country."