Help needed to support Keremeos mom during her cancer battle 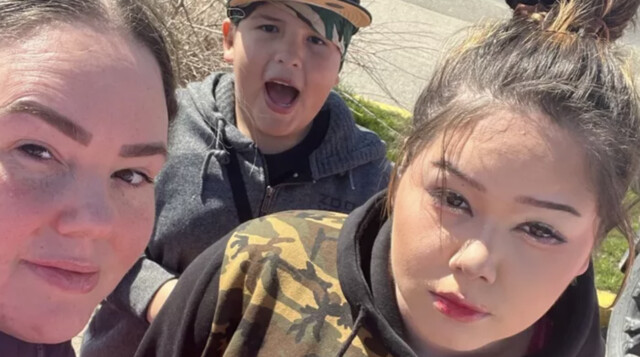 Four kids in Keremeos are trying their best to help take some financial burdens off their mom's plate while she stays in Vancouver to get cancer treatment.

Mercedes Hall is the oldest child of Stacey Melara and organized a GoFundMe on her behalf, with the help of her three young brothers.

"Our mom is a very hard worker and has provided for us our entire lives on her own! She is the person that will give you the shirt off her back but never ask you for help," the GoFundMe reads.

Back at the end of March, their mom was rushed to the hospital for significant bleeding. After receiving three blood transfusions and a minor surgical procedure to remove tissue from her uterus, Melara received her diagnosis from the pathologist; positive for cancer.

"Our mother is only 35 years old and should not even have this cancer at her age, which makes it extremely dangerous for her. This past Monday morning we received the news that the cancer is very aggressive and has made its way into the muscle of the uterus and it’s about 50 per cent of the way through."

Melara will be off work for at least the next two months while she receives treatment in Vancouver.

"We are all hoping and praying she will not need radiation or chemo, which will keep her out of work even longer," Hall wrote.

"I am reaching out to my family, friends and community for help. I would like to relieve some of my moms financial worries and take at least one burden off of her mind. She may not mean anything to those passing by this post, but to us she means the world. I’m hoping to raise enough to help her with travel and expenses while she’s away and some bills, some of the rent… Anything helps!"