60K without power one week after deadly storm swept through Ontario, Quebec 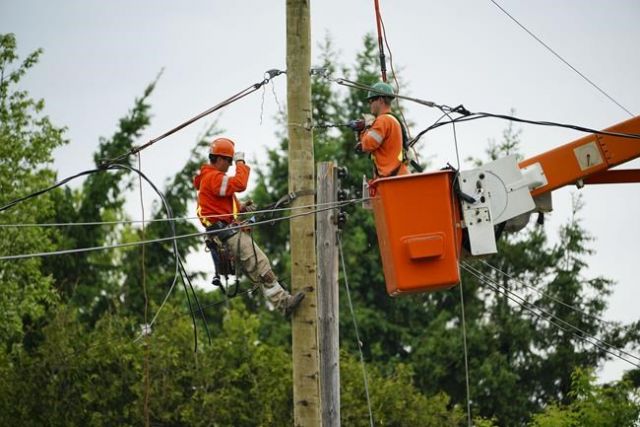 Photo: The Canadian Press
Hydro crews work to restore power in Clarence-Rockland, Ont., where a state of emergency is in place.

One week after a severe wind and thunderstorm swept through Ontario and Quebec, just over 60,000 homes in the two provinces remain without power today.

At least 11 people were killed during last Saturday's storm or its aftermath as it toppled trees, knocked out power lines and caused heavy property damage.

In Ontario, Hydro One reports more than 23,000 are without power today, mainly in the eastern part of the province.

Hydro-Québec, meanwhile, says there are just over 18,000 without electricity in the province, mainly in the Outaouais region in western Quebec, the Laurentians and Lanaudière.

Environment Canada has said last weekend's severe weather involved a derecho -- a rare widespread windstorm associated with a line of thunderstorms -- that developed near Sarnia, Ont., and moved northeastward across the province, ending in Quebec City.