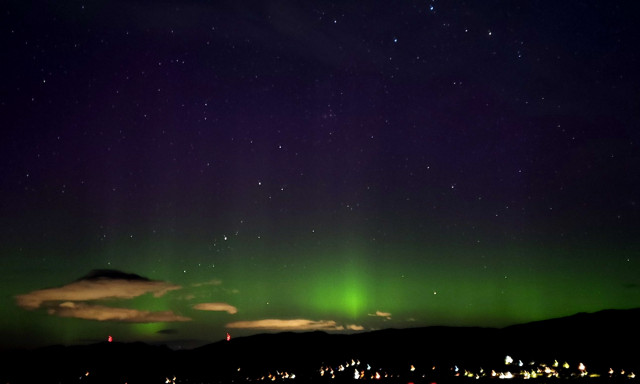 A local photographer captured the Northern Lights over Penticton overnight.

Julia Jorges shot several photos of the Aurora borealis over Okanagan Lake Beach in Penticton between midnight and 1 a.m., capturing the green glow in the night sky above Okanagan Lake.

The phenomenon is caused by disturbances in the earth's magnetosphere from charged solar particles. It's more common to see the natural light display at more northern latitudes, but the lights occasionally show up down in the Okanagan.